Idaho may not be the first place you think of when you hear the words ‘underrated natural wonder,’ but maybe you should think again. The state actually has a pretty diverse spectrum of natural wonders to choose from, including a lush experimental forest and some of the prettiest lakes you could ask for. But there’s one natural wonder in Idaho that you simply should not miss if you’re in the state. Here’s why you need to see Mammoth Cave at least once, and maybe even more times than that.

Where to find Mammoth Cave

Located in Shoshone, Mammoth Cave is a roadside attraction that most people miss. It’s about a mile and a half off the main highway and it isn’t as widely advertised or as well known as the Indian Ice Cave or Craters of the Moon, but it is definitely worth stopping to investigate. Because it’s less widely known, this attraction has a more laid back, leisurely feel to it. Give yourself time to thoroughly explore the cave and its accompanying Shoshone Bird Museum of Natural History. Both will give you a real glimpse into Idaho’s natural history and one of its most fascinating natural attractions.

Billed as ‘the Biggest Show Under the Earth,’ Mammoth Cave dates back millions of years. Formed by a volcanic eruption north of Shoshone, the cave went through several transformations throughout the centuries. Carved by molten lava, the cave was probably once an ice cave similar to the Indian Ice Cave, but after the ice in Mammoth Cave melted, fascinating things happened there.

After thousands of years of nothingness, vegetation began growing in the cave. Animals made their homes there, from tiny horses to giant mammoths and exotic camels. Long before man ever set foot in the area, these animals existed, thrived, and died. At some point in time, a section of the cave collapsed, leaving a shallower cave that soon became home to bears and later would become a place that Stone Age men would seek shelter and store meat in the cave’s cooler temperatures.

The cave was only ‘discovered’ by man in 1902, when settlers in the area found their way inside using torches. They scratched out their names on the rock near the cave’s entrance, leaving it abandoned again until 1954, when a young hunter and his girlfriend found the cave while hunting for bobcats. Richard Olsen expected to find some sort of amazing treasure inside the cave, but instead, he found one of the most beautiful and majestic natural attractions in the state of Idaho.

Too pretty to keep to himself

Initially, Olsen got a title to the cave under the Small Tract Act. He used the cool, dark interior to grow mushrooms, but soon decided that it was just too pretty to keep to himself. He opened the attraction up for the rest of the world to see and created one of Idaho’s most impressive attractions. Despite being a little off the beaten path, this natural attraction continues to attract visitors from around the world.

In the 1960s, the government approached Olsen and inquired about using the cave as a civil defense shelter in case of radioactive fallout from a nuclear weapons attack in the US. The government offered to gravel a road leading to the cave and store food for up to 8000 people there–its large size made it an ideal space for this purpose. In fact, its name, Mammoth Cave, comes from the fact that it is simply enormous. Some of the fallout shelter’s original signs still hang in the cave today–watch for them as you tour the quarter-mile trail inside the cave.

The cave maintains a cool temperature of around 41 degrees Fahrenheit throughout the winter and the summer, so visitors are encouraged to bring a light jacket. There are no organized tours, but visitors can take a self-led tour using handheld lanterns. Flashlights are encouraged, but not provided. The self-guided tours take around a half an hour to complete and you can spend the rest of your visit at the museum.

Included in the price of admission to Mammoth Cave, entry into the Shoshone Bird Museum of Natural History may not be everyone’s cup of tea. It is filled with works of taxidermy from a wide variety of species, many of which were donated by zoos or educational facilities. The museum may seem a little morbid, but its goals of education with a mind to promote conservation are noble, indeed.

The museum itself is made from lava rock culled from the surrounding area, the same stuff that created Mammoth Cave. It’s the largest of its kind in the entire Northwest of the United States and filled wall-to-wall with specimens of birds, animals, and other creatures. According to the museum’s website, it contains three generations worth of collections. It’s certainly unique–you won’t find another ‘natural’ museum like it anywhere else.

It may not be the most well-known or the flashiest attraction, but this hidden gem really is worth a visit if you’re in the area or willing to make a small detour during your travels. Created by nature but maintained by man, this fascinating natural attraction is both awe-inspiring and educational. Bring the family, pack a lunch, and take your time while you explore the cave and the adjacent museum. Just remember to wear sensible shoes and consider bringing a flashlight, since the propane lanterns are your only defense against the darkness of the cool caverns. 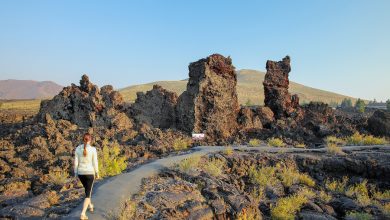 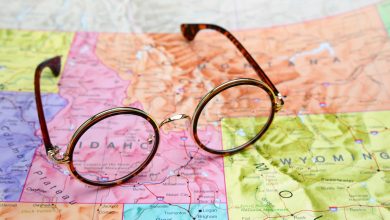 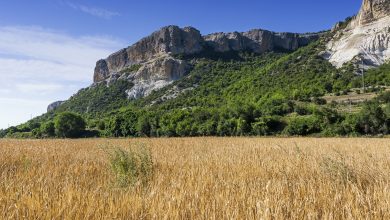 What’s So Interesting About Idaho? Take a Look