On April 30, 1812, the United States added its 18th state—the southern state of Louisiana. There are fewer than 5 million people living in the Pelican State, but that doesn’t stop Louisiana from being one of the most exciting states in the union. It’s known for Louisiana State University, casinos in Shreveport and bayous down south. French inspiration runs throughout the state—especially in the southernmost parts. But that’s not all that stands out about Louisiana. Crawfish, gumbo, celebrities, a really big street party before Easter and cemeteries with graves so ornate, they almost serve as their own classification of architecture. Think all southern states are created equal? Think again as we look at six things that prove they are not.

We’re talking so long that you might not want to cross the bridge if you’re in the car with your mother-in-law. (That might make it seem even longer!) After all, once you set out to cross Lake Pontchartrain via the Causeway, there’s not much chance of turning around until you come to the terminus—and that terminus is almost 24 miles away! (Yes, 24, not 2.4.) At 126,122 feet in length, the Causeway is the longest bridge over open water in the world. Two parallel bridges make up the Causeway—the first of which opened on August 30, 1956, and the second of which opened on May 10, 1969. It took Louisianans 14 months to build the bridge, which was constructed as huge barges pieced together prefabricated concrete sections across the water. The bridge is supported by 9,500 hollow concrete pillars—each 55 inches in diameter.

Lake Pontchartrain is 40 miles long and stretches across 610 square miles. Motorists who cross the lake on the bridge can see two other bodies of water—the Gulf of Mexico and the Mississippi Delta. The Causeway generates an annual revenue of about $16 million from tolls. Each year, police officers issue around 12,000 citations to travelers on the bridge. That might sound like a lot, but when you consider that about 12 million people cross the Causeway annually, it doesn’t sound so bad.

Its official title should read: “Louisiana—The Capital of Capitals.”

The bustling, vibrant and often loud city of New Orleans

It’s almost impossible to mention the state of Louisiana without talking about the city of New Orleans. The Crescent City is the largest one in the state. It’s the birthplace of jazz music, which heavily influences the celebrations and culture in the city. New Orleans is one of the top ten most visited cities in the United States, but less than 400,000 people actually make their homes in the Big Easy. The city is known for its French Creole culture and food, and although French culture inspires much of New Orleans, a large part of the architecture is Spanish. This is because after a massive fire in the 1700s, much of the city was rebuilt, but under Spanish rule and therefore, Spanish influence.

In August 2005, New Orleans was hit by a Category 5 hurricane. Hurricane Katrina left an unrivaled path of destruction in her wake. When the city’s levees failed, 80% of New Orleans flooded. More than 1,500 people lost their lives as a result of the hurricane, and much of the city’s population permanently located—some to northern parts of the state and some to other states altogether.

The city of New Orleans has a population of around 400,000 people, but once a year—if only briefly—the city sees a huge surge in the number of people within its borders. That’s because over 1.4 million people attend the Mardi Gras parade—a tradition dating back to 1857 when the first Mardi Gras parade was held on February 24. “Mardi Gras” means “Fat Tuesday” and it’s the last day of Carnival, which is a celebration that begins twelve days after Christmas on January 6 and lasts until the Tuesday before Ash Wednesday. That Tuesday is Fat Tuesday.

Mardi Gras is a state holiday in Louisiana. The official colors of the celebration date back to 1872 and include purple, green and gold, which stand for justice, faith and power. The parade is orchestrated by secret societies called “krewes.” Each krewe builds and decorates a float to be ridden in the Mardi Gras parade. To date, there are more than 70 krewes that participate in the parade. In Louisiana, it is illegal to ride a parade float without wearing a mask, so everyone aboard a parade float is clad in costuming and the all-important mask.

Revelers line the streets to see the parade, but this is not merely a spectator sport. In fact, the New Orleans Mardi Gras parade is highly interactive as people from the crowds call out to members of the krewes on the floats. The official phrase to use when calling out to someone on the float is, “Throw me something, mister!” The krewes respond by throwing beads in the traditional Mardi Gras colors, but they also throw trinkets and gifts to the crowds.

The New Orleans Mardi Gras parade has only been canceled a few times—namely during World Wars I and II and during the Yellow Fever outbreak of the 1870s. That’s good for the city of New Orleans, especially since the yearly Mardi Gras celebration generates around $1 billion in annual spending—effectively giving the economy a boost!

Perhaps two of the most noted things about Cajuns are their language and their cuisine. Cajuns often speak Cajun French, which is different from the traditional French language in that it makes use of some old-style pronunciations, as well as the use of words from the English, American Indian, Spanish and African languages. Cajun cuisine is a unique rustic cuisine that includes dishes for which preparation is relatively simple. Cajun food makes use of ingredients that are locally accessible. Some of Cajuns’ favorite things to prepare and enjoy are boudin—a type of sausage made from different meats—gumbo, jambalaya, rice and gravy, crawfish, seafood, etouffee, frog legs, and alligator. (Yep, alligator.) Cajun chefs use many spices in their cooking. Among the most popular are cayenne pepper, black pepper, chili pepper, bay leaf, parsley and mustard seeds.

A unique way in which the dearly departed . . . depart

The city of New Orleans was built two feet below sea level. Because of this, the water table underground is relatively close to the surface. When graves are dug in this region in preparation for the burial of a casket, they often fill very quickly with water. Sadly, caskets buried underground can float—and in the past, they have floated and caused problems with underground graves. For this reason, nearly 90% of people who pass away are interred above the ground in ornate crypts and mausoleums. Cemeteries in the area are often called “cities of the dead” because of all of the above-ground tombs that almost look like miniature cities.

It’s not just the above-ground interments that make this part of the country different; it’s also the popularity of cemetery tours. No, not the Halloween/haunted house-type tours—but actual tours of the cemeteries during which guides talk about the different tombs and even about famous people whose final resting spots are there. Interested in a tour on your next visit to the Crescent City? Try these tour companies: French Quarter Phantoms, Two Chicks Walking Tours, Storyville Tour Company, Magic Walking Tours and Garden District Walks New Orleans. 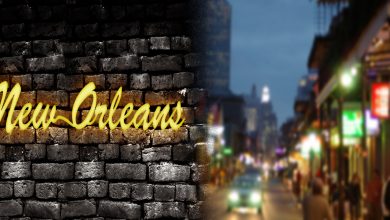 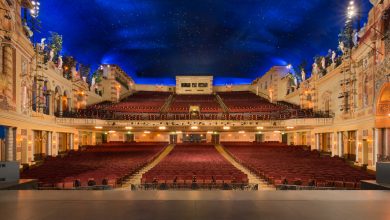 If You Love Real Music, ‘The Big Easy’ Is the Place to Be 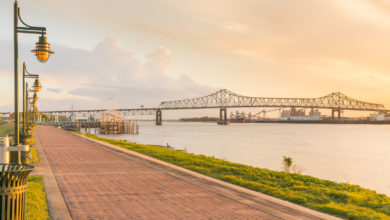 In Louisiana, All Paths Lead to Something Amazing