Only 40 miles west of the capital city of Jackson, Mississippi, lies the infamous city of Vicksburg at the junction of the Yazoo and Mississippi Rivers. The city of nearly 30,000 was incorporated in 1825 and has often been referred to as the “Gibraltar of the Confederacy” because of the role it played during the American Civil War.

But it’s also known as one of the best places to enjoy a weekend getaway in the Magnolia State—whether with that special someone or with the entire family. If you’re looking to plan your next long weekend, don’t overlook the city of Vicksburg—you’ll be missing out if you do! Here’s why.

You can spend the weekend contemplating reno ideas for your home.

There are twelve distinct tour homes in downtown Vicksburg, and if you love looking at other homes and getting ideas for your own—especially if you’re partial to Victorian-, Italianate- and Greek Revival-style architecture—this will be one of the most enjoyable things you experience during your weekend in Vicksburg.

The McRaven home was built around 1797 and is the oldest home in Vicksburg. The Bazsinsky House sits across the street from the Courthouse. It was completed in 1861, just two years before the Siege of Vicksburg. The McNutt House is gorgeous and was named for Mississippi’s 12th governor, Alexander McNutt. A historic landmark, the Duff Green Mansion was originally built as a gift for the bride of a cotton broker. Soon after its completion, it was converted into a Civil War hospital.

The postbellum Ahern’s Belle of the Bends was constructed in the mid-1870s and is decorated with intricately carved millwork and crystal chandeliers. Gold leaf crown moldings adorn rooms throughout the house, and from the home, visitors can overlook the mighty Mississippi River as it sits atop a bluff. To this day, it is one of Vicksburg’s most well-preserved historical homes.

The twelve homes are available for tours on varying schedules. For information about the homes or to plan a tour, visit www.visitvicksburg.com.

You can take an extensive history lesson.

In history, Vicksburg is best known for its role in the Civil War in the 1860s. It was a focal point during the war, and perhaps one of the most famous battles in American history was fought on soil in this city. After 47 days, the Siege of Vicksburg would afford the Union army sole control of the Mississippi River, crippling the Confederate troops. Over 8,000 men from both sides perished in the battle, and nearly 30,000 Confederate soldiers surrendered during the siege. Vicksburg is often referred to as “The Key to the South” because it was the Union’s victory at Vicksburg that allowed them great control of the south and ultimately led to the victory of the war.

Today, visitors to Vicksburg can spend the day at Vicksburg National Military Park and learn about the Siege of Vicksburg, what took place, what strategies were used and how the battle was won. There are Civil War reenactments, a driving tour, the U.S.S. Cairo, which was sunk in the Yazoo River and raised decades later and many more points of interest. Guests can also visit the 116-acre Vicksburg National Cemetery where more than 17,000 Union soldiers are interred. For more information about the national military park, visit www.nps.gov/vick.

The Biedenharn Coca-Cola Museum is located in the historic downtown district of Vicksburg. Blink and you might miss it as you drive along Washington Street. The building in which the museum is housed was originally constructed in 1890 by Joseph Biedenharn and his father Herman. It was to serve as the place for the family’s candy company and shoe store.

Sometime later, the Biedenharns were approached by Asa Griggs Candler—founder of the Coca-Cola Company. Candler asked the Biedenharns to sell his Coca-Cola syrup in their store and to be the supplier for the area. Only a short time after this agreement was made, Joseph Biedenharn had the idea to begin bottling the drink since the syrup could only be found in cities where there was a soda fountain. Biedenharn sent a case of the bottled drink to Candler for his approval to begin bottling Coca-Cola, and Candler happily consented.

The building has changed ownership multiple times over the years, but in 1979, the Biedenharn family purchased the building, restored it and then donated it to the Vicksburg Foundation for Historic Preservation. Today, the building houses different exhibits—some that detail the Biedenharn family history and others that pay homage to Coca-Cola, including the original bottling practices of the drink, Coca-Cola facts and more. Inside the renovated candy store and office, visitors are invited to stop in and enjoy a Coke or Coke float. Souvenirs are also available for purchase.

You can bed down for the night in southern style.

Make the most of your visit to Vicksburg by booking your overnight stay at one of several beautiful bed and breakfast locations. The Annabelle House Bed & Breakfast is set inside a sprawling Victorian-Italianate mansion that was built in the late 1860s. It has six beautifully adorned rooms. There is also a Guest House with a 55-foot gallery that offers amazing views of the Mississippi River. Amenities include a swimming pool, turn-down service and a personally-guided tour of the area. Is Rover or Fluffy traveling with you? No worries—the Annabelle welcomes your furry friends.

The Cedar Grove Mansion is an estate that was completed in 1852. It sits on five acres of elegant gardens. The mansion includes 33 rooms spread out over five different buildings. Inside the parlor, you can still see a Union cannonball lodged in the wall! A Southern-style breakfast is served each morning, and lunch and dinner are available at Cedar Grove Restaurant located on the premises.

If this is more of a family getaway, or if a bed and breakfast location just isn’t your bag, why not stay at the Margaritaville Hotel? This brand-new hotel is nine stories tall and has 117 rooms. It is the largest family entertainment complex in central Mississippi. The hotel has a huge arcade, a large water playground for the kids, and the Landmark Bar and Grill has a riverfront deck that’s perfect for taking in the view. For more information about this new hotel, visit www.margaritavillehotelvicksburg.com. 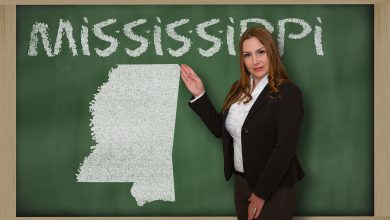 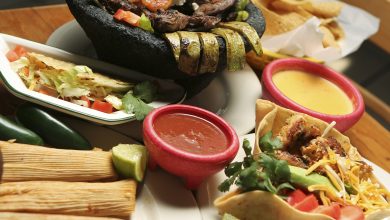 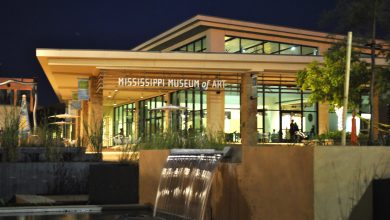 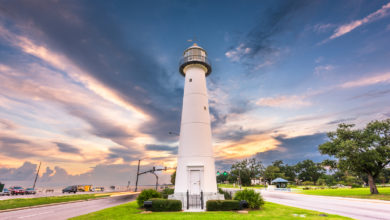