Delaware may not evoke the most vivid imagery of any state.  It’s not as iconic as a New York or a California, but that just means there’s even more to discover about this state on the sea.

1. The First Log Cabin in America was Built Here

It is widely believed that the first log cabins constructed on what would become U.S. soil were erected in the mid-17th century by Swedish settlers of the Delaware territory.  The area –  known as New Sweden due to its heavy population of Swedish and Finnish immigrants –  was located in the Delaware and Brandywine River valleys.  The popularity of these rustic dwellings in Scandinavian countries was due in large part to the abundance of building materials, as the region is known for its tall, straight trees.  Many of the early settlers adopted this construction model because it was a fast and effective way to manufacture housing.  However, few, if any, of the cabins built during this time period remain today, due in large part to the fact that at the time they weren’t relied upon as permanent structures.

2. It was Named After the First Governor of Virginia

Believe it or not, the state of Delaware is named after Thomas West, the first governor of Virginia.  Thomas West was a British soldier and politician who led a contingent of infantrymen across the Atlantic in response to a Native American siege on the Jamestown colony.  He is perhaps better known as Lord De La Warr.  As the figurehead appointed to oversee the colony, he enacted a strict military-type regime in the area, which was unpopular with many of the settlers but ultimately helped preserve and defend the settlement during the First Anglo-Powhatan War.  He perished while in the midst of a return voyage to the colonies and was buried in Jamestown and honored as the namesake of the Delaware River and Delaware territory.

3. It Features an Island Covered in Peas

Legend has it that a shipwreck of peas spilled out onto what was at one-time a mud bank in the middle of the Delaware River during the 18th century, leading to the area becoming overrun with the popular podded vegetable.  The history of the island, however, is much richer than its vegetation alone would suggest.  For instance, due to its advantageous location at the entrance to Delaware Bay, the island was the site of the original Fort Delaware – which was constructed as a five-pointed star and, after being ravaged by fire, later rebuilt as a somewhat misshapen pentagon.  Today, it operates as a popular tourist destination for history buffs and bird-watchers, with the surrounding wetlands attracting migratory birds and housing the largest population of herons in the country (aside from Florida).

4. It was the First State to Join the Union

5. It’s the Only Known Home of a Rare Insect Species

Bethany Beach, which runs along the coast of Delaware south of the Indian River Bridge, is home to a species of firefly so rare that it was once thought to be extinct.  For nearly 40 years this firefly went undetected by scientists, until a professor from Delaware State University helped to rediscover it back in the late 1990s.  Distinguished by an unmistakable bright green glow, the Bethany Beach firefly sets itself apart from the flashing yellow glow of the more common species familiar to many.  The interdunal wetland habitat of these incandescent insects has become threatened over the years by land development and a variety of other factors, leading to their being classified as an endangered species.  The situation was so dire, in fact, that it helped lead to Delaware’s Wildlife Action Plan, a ten-year project aimed at helping to save the bioluminescent beetle and other species native to the state.

Delaware may not be the first destination that comes to mind when most families plan their summer holiday, but it’s actually a popular vacation spot for denizens of the D.C. area.  In fact, Rehoboth Beach – which is located 120 miles east of D.C. – is such a favorite of the political crowd that it’s earned the nickname “The Nation’s Summer Capital”.  But this resort town’s appeal extends beyond politicos, having received honorifics from outlets such as Readers Digest and AARP, bestowing its boardwalk the “Best of America” and proclaiming it one of the “Best Places to Retire”, respectively.  It has also received 5-star ratings for water quality and boasts a plethora of amusements and attractions, including the carnival-like Funland – a fixture of the area since the early 1960s.  And, while it’s certainly not a determining factor, the fact that Delaware is one of only five states to not levy a sales tax certainly doesn’t hurt its appeal when it comes to drawing out-of-state visitors.

7. It Once Held the Record for World’s Tallest Lego Tower

Back in 2013, students from Wilmington set the Guinness World Record for the tallest Lego tower.  The imposing (and colorful) structure stood an impressive 112 feet tall and was constructed of more than half a million of the standard-sized toy bricks.  The victory was short-lived, however, with the achievement having been bested several times since then.  The current title holder is a group out of Tel Aviv, who constructed a nearly 118-foot tower. 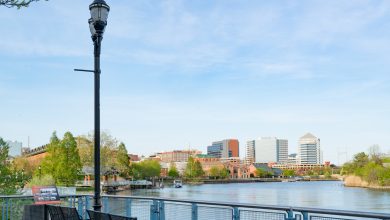 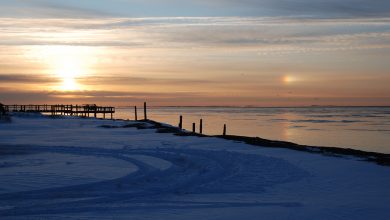 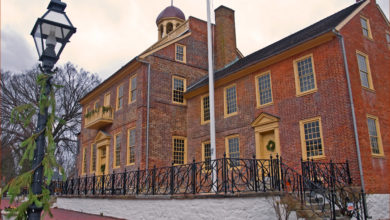