Best known as The Grand Canyon State, it would be a fool’s errand to try to compile a list of can’t-miss attractions in Arizona without including some that are located in or around that iconic ravine.  However, there is more to the 48th state than a giant, majestic hole in the ground.  Here are five of the many destinations worth visiting on your next trip to Arizona.

Located within the Havasupai tribal territory – which occupies more than 188,000 acres of the southwest portion of the Grand Canyon – is a stunning desert oasis brimming with lush greenery and vibrant blue waters.  Havasu Falls is one of five waterfalls that can be found on the grounds of the reservation, and perhaps the area’s most popular destination.  And for good reason.  The falls pour into a pool of the brightest blue water you’ve ever seen, surrounded by earthen cliffs of deep reds and orange hues that further highlight the beauty of this natural wonder.  Due to its remote location, the falls are only accessible by foot, horseback, or helicopter and reservations are required in advance.  The Havasupai tribe is committed to maintaining the integrity of the area and, thus, limits the number of visitors granted visitation rights.  Guests who are fortunate enough to secure a spot can stay at the nearby lodge – which also offers limited availability with a scant 24 rooms – while the adjacent campground boasts enough sites to accommodate 300 campers.

Occupying 230-square miles in northeastern Arizona, this petrified park provides a geological road map that helps chart the formation of our planet as we’ve come to know it.  The origins of the region can be traced back roughly 225 million years to a time when it was still part of the supercontinent known as Pangaea and resided somewhere near the equator.  The fossilized trees that inspired the park’s name are relics of the Late Triassic Epoch of the Mesozoic era, having been formed by volcanic ash and river sediment.  Visitors will also find the area to be rich with compression fossils of organic matter, such as seeds and leaves, as well as the preserved remains of insects and animals native to the region.  Many living, breathing animals can also be viewed in the park, with the most plentiful species being rabbits, lizards, and various birds, including the American Avocet – which return to the ponds to breed annually.   In addition to its designation as a national park, the site also has been proclaimed a national monument – both in an effort to preserve the land for future generations.

The mining town depicted in the 1993 motion picture of the same name starring Kurt Russell and Val Kilmer has become synonymous with the wild west and the outlaws who roamed its dusty thoroughfares.  The prosperous silver mines helped turn this tiny upstart into a mini-metropolis within a matter of years, with population soaring from a scant 100 to nearly 14,000.  It also attracted an unsavory element looking to stake their own claims, leading to one of the most infamous battles of the old west era; the Gunfight at the O.K. Corral.  These days the town serves as a tourist attraction that was at one time declared  “one of the best-preserved specimens of the rugged frontier towns of the 1870s and ’80s”.  Many of the original late 19th century buildings remain, including Schieffelin Hall, the opera house constructed by the town’s founder, Ed Sheiffelin.  Several tours of the area are offered, including walking tours, trolley tours and, of course, tours by stagecoach.

Antelope Canyon is a slot canyon located in northern Arizona, not far from the Utah border.  Unlike what we’ve come to think of as a prototypical canyon, such as the ever-expansive Grand Canyon, slot canyons are deep, narrow passages carved out of the earth after years and years of water erosion.  These sandstone chasms, in particular, were formed by a creek that today flows into the Colorado River.  The areas of exploration at Antelope Canyon are divided up into two separate sections; Upper Antelope Canyon and Lower Antelope Canyon, also sometimes referred to as “The Crack” or “The Corkscrew”, respectively.  Though Upper Antelope Canyon only stretches 100 yards, it is the more popular of the two sections due in large part to the ease with which it can be navigated.  Lower Antelope Canyon, which is longer than its counterpart, is more difficult to explore due to its narrower passageways and uneven footing.  Even so, both fissures are worth visiting for the photo ops alone, though any visitors must be led by a guided tour, as the canyons are located on Navajo Indian Tribal Lands.

Montezuma Castle is actually a misnomer, as the Aztec emperor bore no connection to the structure, which functioned more like an ancient apartment building than a traditional castle.  Located in Camp Verde, this collection of dwellings are carved into the side of a limestone cliff, spanning some five stories and made up of 45 – 50 separate rooms.  Constructed by the Sinagua people over the course of three centuries, these well-preserved abodes date back to sometime between 1100 and 1425 AD.  There are those who believe that the strategic location of these homes was to protect against enemy attacks, while others think it may have been to escape the effects of natural disasters, such as flooding and monsoons.  The site was one of the four original national monuments to be declared by President Theodore Roosevelt on December 8th, 1906 and continues to be a popular tourist destination to this day.  However, visitors nowadays will have to view the structure from a distance, as public access was terminated in 1951 after the ruins suffered extensive damage due to its overexposure to the public.  Still, it remains a testament to the engineering and construction skills of the Sinagua people that this housing complex has survived the elements nearly 600 years after they had been abandoned. 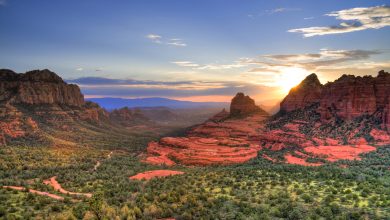 From Canyons to Extra-Terrestrials, Arizona Is Like No Other 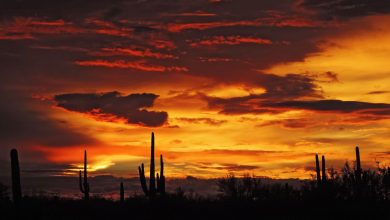 This Cactus-Covered Town is a Great Hangout 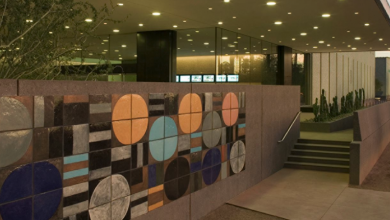 The Art, History, Machines and Heroism of Arizona’s Best Museums 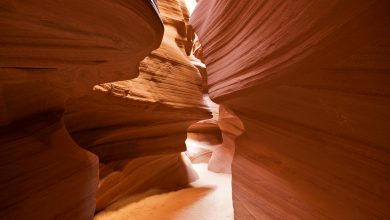