Ohio is home to almost 12 million people—making it the seventh most populous state in the country. It also ranks eighth in GDP of the fifty states. The state of Ohio is named for the Ohio River, and it’s the second largest producer of automobiles behind Michigan.

One of its cities—Ashland—is the World Headquarters of Nice People because of its friendly residents and low crime rate. It had a bit of trouble becoming a state. That’s because its boundaries and constitution were approved in 1803, but a resolution was never passed officially making it a state. The oversight was caught in 1953, and under President Eisenhower’s administration, the state was officially inducted into the union, and the declaration was retroactive to 1803. Did you know that about the Buckeye State? Here are six more things you might not have known about Ohio.

Buckeyes are rebels when it comes to flags.

Of all the 50 states, Ohio has the only non-rectangular shaped state flag. The colors red, white and blue are used on the flag, but it differs from the flags of other states in that it has a swallowtail design called a burgee. It was designed by John Eismann and adopted in 1902. Its blue triangle symbolizes Ohio’s hills and valleys, while its stripes represent the state’s many roads and waterways. There are 13 stars to the left of an “O” on the flag. They represent the original 13 colonies that became states. There are four more stars to the right of the “O” that represent Ohio being the 17th state to join the country (13 + 4 = 17).

There are millions of Dum-Dums in Bryan, Ohio.

No, we aren’t insulting the residents of the city of Bryan. We’re talking about those lollipops you get in the drive-thru at your local bank. Dum Dums were originally created and named by the Akron Candy Company in Bellevue, Ohio, in 1924. The name was chosen because the company believed that most children had no trouble saying “dum dum.” In 1953, the Spangler Candy Company acquired the Akron Candy Company. It was that year that Dum Dums began to be produced in Bryan, Ohio.

More than 10 million Dum Dums are made each day, and even the Dum Dum Drum Man—the mascot for the lollipop brand—was created by the Howard Swink Advertising Agency in Marion, Ohio.

A general, a journalist, some funny guys, and a few actresses got their start in the Buckeye state.

Many celebrities are native Buckeyes. You might be surprised by some of them. Actresses Halle Barry, Doris Day, Teri Garr, Patricia Heaton, and Sarah Jessica Parker were born in Ohio. Comedians Drew Carey, Tim Conway and Steve Harvey are also Buckeyes, as are Paul Newman and the late Luke Perry, Roy Rogers, journalist Erma Bombeck, and General Ulysses S. Grant.

You can’t throw a football during the Super Bowl unless it comes from Ohio.

That’s because, since 1941, every single NFL football has been made at the Wilson Sporting Goods Factory in Ada, Ohio. The process involved in making an NFL football takes three to five days from start to finish. Twelve people take part in the production of each football that comes from the factory. There are cutters and stampers of the leather, sewers, turners, lacers, molders, inspectors and packagers. Employees at the Wilson Sporting Goods Factory in the city of Ada are tasked with the production of only one thing—NFL footballs. And they must be doing their jobs well because 3,000 balls are made each day at the factory.

Each football has to be perfect or it is rejected and called a “blem,” short for blemish. Inspectors watch over every step of the process to make sure the balls are made to NFL specifications: 11 inches long from tip to tip and 22 inches in circumference with a weight of approximately 15 ounces. The footballs must be inflated to 13 pounds per square inch.

Fish, whales, tigers, and snakes: careful, you might get arrested.

We’ve heard about some really crazy laws from other states, but it’s Ohio for the win with these really off-the-wall but on-the-books laws. It would seem that the state of Ohio wants to take all the fun out of humans relating to fish, insects, reptiles, and whales. The state has a law against getting a fish drunk, and if you’re thinking of going whale-hunting next Sunday, you’re going to want to rethink your plans. Yep, it’s illegal. If you go on a housefly killing spree, be sure not to do so within 160 feet of a church—that is, unless you have a license for it. Be sure to stop for gas before you get to Youngstown, Ohio, because If you’re within the city limits, it’s against the law for you to run out of gas. The authorities in Toledo prohibit the throwing of snakes at anyone, and please be mindful in the city of Canton should you lose your pet tiger—you’ll want to report it to the authorities within 60 minutes or face the consequences.

It’s home to the Duct Tape Capital of the world.

The city of Avon, Ohio, is the Duct Tape Capital of the world. Because of this, it only makes sense that the city would also be the place to go for the annual Duct Tape Festival. Admission and parking are free at the festival, and there are rides, games, food, art and crafts and more. There’s even a duct tape parade! Exhibits at the festival include the use of duct tape in art, sculptures, fashion and more.

The festival is also a celebration of the history and heritage of the town in which it takes place—Avon, Ohio. Avon is a city of about 23,000 located in Lorain Country. It is located in north central Ohio near Lake Erie. For more information about the yearly Duct Tape Festival, visit the official website at  www.ducktapefestival.com. 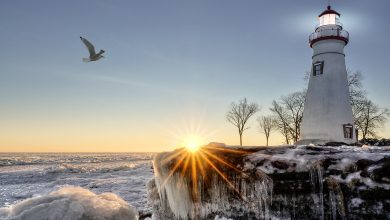 Venture Beyond the Beaten Path in the Buckeye State 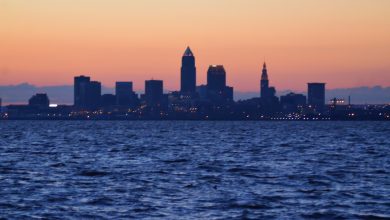 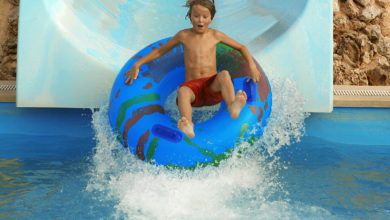 Soak It All In