When it comes to the Midwest, states such as Iowa, Illinois, and Indiana are largely overlooked as rural plains or humble farmland.  However, this perception could not be further from the truth.  For instance, the Hoosier State alone is home to a great number of natural attractions begging to be explored and appreciated.

Located along the southern tip of Lake Michigan, this series of sand hills stretches across 15 miles of shoreline.  These dunes were formed over the course of a series of glacial lake periods, during which glaciers would shrink, forming lakes and carving out valleys.  A combination of water runoff and land drifting would create the sand ridges that remain along the coast today.  The iconic dunes and plentiful beaches attract visitors from neighboring states and provide for a wide array of warm weather activities, including swimming, fishing, and bird watching.  There are over 350 migratory species to be observed and appreciated along the 70 miles worth of hiking trails.  The area is also home to a variety of threatened or endangered wildlife, such as the aptly named Indiana bat and the eastern massasauga rattlesnake.

The Seven Pillars of Peru

Often referred to as “The Cliffs”, the Seven Pillars of Peru are a series of buttresses and alcoves carved into the side of a limestone bluff that runs along the Mississinewa River in north-central Indiana.  Formed by wind and water erosion over the course of several centuries, these pillars stand 25 to 50 feet above the waterline.  At one time, the grottos between the columns were used by the Miami Indians to host tribal meetings, which often included criminal proceedings with the most grievous transgressions receiving the sentence of death by beheading.  Perhaps this is why many ghost stories are associated with the area by those who have dared to spend a night inside one of the limestone chambers.

The pillars are best viewed from the south shore of the Mississinewa River, while those who would prefer a more bird’s eye view of the waterway can follow the Frances Slocum Trail, which runs along top of the formation.

Marengo Cave, located in southern Indiana, is one of the largest caves in the region and one of only four caves to offer guided tours to the public within the Hoosier state.  Designated a National Natural Landmark in 1984, the cave was discovered just over 100 years earlier by a young brother and sister who had gone to explore a sinkhole they had heard was in the area.  Guided tours were offered by the landowner soon thereafter and continue to this day, as the cave has become one of Indiana’s Most Visited Natural Attractions, according to Trip Advisor.  The Crystal Palace tour is a leisurely 40-minute stroll that allows visitors to observe flowstone deposits and explore formation-filled rooms while the Dripstone Trail offers a 60-minute, mile-long trek for those who are interested in seeking out stalagmites, soda straws, and the “Penny Ceiling” – a muddy underpass where visitors are encouraged to toss coins up to the silty surface.

In the East Fork Valley of the White River stands a sandstone table rock formation, said to be the largest of its kind east of the Mississippi.  The oddity of this freestanding structure is that it is surrounded by woodlands, which haven’t typically made for the most hospitable environment for these natural occurrences – which are formed over centuries of wind and water erosion, and are extremely sensitive to fluctuations in climate.  Estimated to be around 42 feet tall, this particular formation was carved out during the Pennsylvanian geological epoch, which occurred somewhere in the neighborhood of 300 million years ago.  While its resemblance to a jug may be debatable, the imposing structure remains an impressive example of the unexpected wonders of nature.  This naturally-occurring phenomenon is so unique to the area that it has inspired the name of the nearby town’s high school team and mascot – the Shoals Jug Rox and Roxer Boxer, respectively.

This cave system, which now operates as a family adventure park, was originally discovered on a piece of southern Indiana farmland sometime around the 1920s.  For many years thereafter, Binkley Cave – which was named after the farm’s owner – was thought to be the sole underground chamber in the area.  It wasn’t until the early 2010s that a neighboring cave was discovered.  In fact,  a few years later, it was actually determined that Blowing Hole Boulevard – with its 85-foot vaulted stone ceilings – was actually part of the same cave system.

At 35 miles long, Indiana Caverns is one of the state’s longest (if not the longest) caves.  The attraction is relatively new, having only been open to the public since 2013, and now offers guided tours complete with boat ride beneath the carved St. Louis Limestone.  During these excursions, visitors can experience the diverse ecosystems, observe prehistoric animal bones that date back to the Ice Age, and bask in the geological splendor of the many waterfalls and rock formations.  For those looking to further unearth their spelunking skills, Cavern of the Sabertooth provides the opportunity for a 400-foot crawl complete with gloves, light, and cavers helmet.

This 90-foot waterfall – located in the town for which it is named – is notable for being the second-highest waterfall in the state, as well as often being a dry waterfall (which is exactly what it sounds like).  In order to best view this natural wonder, it is recommended that visitors make the sojourn to the area after heavy rains or when the snow has begun to melt.  Back in the 1800s, the water flow was so powerful that a mill was constructed below the falls.  However, due to water diversion and an increase in mechanized farming, much of the water from Fall Creek has been prioritized for irrigation purposes.  Even when the falls are not flowing, the notched sandstone cliff remains an impressive sight to behold. 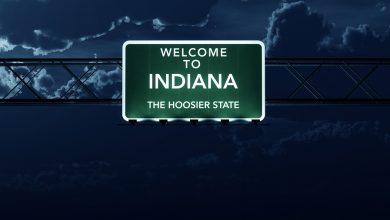 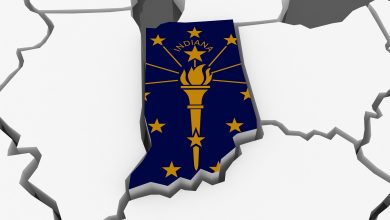 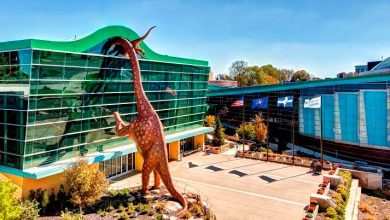