Of the fifty states in the country, one location in the Midwest is home to a wide array of activities, attractions, and locations that travelers of all ages can enjoy throughout each year. Illinois became a state in 1818 and is the twenty-fifth largest state making it home to countless activities and places to explore. Travelers who spend time in Illinois can enjoy natural wonders and beauty including prairies, large cities such as Chicago, museums, history, culture, dining, shopping, and so much more.

With so many amazing things to see and experience in Illinois, travelers might not know where to begin when visiting the state. While there are plenty of wonderful attractions to experience, some are simply so amazing that they cannot be missed. These six attractions provide a wonderful mix of history, art, and fun that all travelers can enjoy. Here are the six must-see attractions when spending time in the amazing state of Illinois!

One of the most recognizable sights in all of Illinois can be found in the heart of the Chicago skyline. The Willis Tower, formally the Sears Tower, stands one hundred and ten stories tall in downtown Chicago and was the tallest building in the country until the completion of the new World Trade Center in New York.

Built from 1971 through 1973, the Willis Tower was originally constructed by Sears as a location for the company’s offices. Renamed the Willis Tower in 2009, the location is popular with locals and travelers alike who can enjoy dining, shopping, attractions, and more inside. The top floor of the Willis Tower is home to Skydeck Chicago where visitors can enjoy a film that shares the history of Chicago’s architecture, interactive activities and exhibits, and a thrilling experience that isn’t for the faint of heart. The Ledge is a special area of Skydeck Chicago where visitors can step out onto clear glass and find themselves suspended over downtown Chicago at dizzying heights. While this experience might not be for everyone, the views are absolutely stunning!

One of the greatest individuals in American history spent a portion of his life in Illinois and considered it to be home, resulting in an amazing attraction found in the city of Springfield. The Abraham Lincoln Presidential Library and Museum celebrates the life and legacy of the sixteenth president and was officially dedicated in 2005.

With amazing architecture and much to see, those who plan on visiting the location can enjoy exhibits such as the Treasures Gallery, Ghosts of the Library, and The Gateway. Additionally, visitors can pose with lifelike figures of the Lincoln family in the Plaza, enjoy a film “Lincoln’s Eyes” in the Union Theater, and children can enjoy an interactive play area in Mrs. Lincoln’s Attic. The Abraham Lincoln Presidential Library and Museum is also home to live performances throughout the year, all of which aim to teach visitors about the life and history of the beloved president.

When many travelers think of the city of Chicago, the might not picture natural beauty, however there is an amazing location that brings the wonder of nature to life in the heart of the city. The Chicago Botanic Garden began with the founding of the Chicago Horticultural Society in 1890 which eventually led to the opening of the location in 1972.

Following a mission of sustaining and enriching life through the power of plants, the Chicago Botanic Garden features twenty-seven unique areas that showcase the beauty and diversity of plants. Some of the gardens that visitors can enjoy include the English Walled Garden, Heritage Garden, Circle Garden, Japanese Garden, and Rose Garden. Those visiting the Chicago Botanic Garden with children should plan on spending time in the Grunsfeld Children’s Growing Garden where children can learn the science and importance of growing and maintaining plants. With much to see and enjoy, a visit to the Chicago Botanic Garden is the perfect way to enjoy a warm day in Illinois.

Chicago is also home to an amazing museum that aims to share exhibits and information in order for visitors to create a future that is rich in both culture and nature. The Field Museum is situated on the shores of Lake Michigan and opened in its current location in 1921, though its origins trace back to the extensive 1893 World’s Columbian Exposition which features over sixty-five thousand exhibits.

The museum is open each day to the public and features a mixture of both general and ticketed exhibits including the Cyrus Tang Hall of China, Inside Ancient Egypt, Brewing Up Chicago, Grainger Hall of Gems, and Griffin Halls of Evolving Planet & SUE the T. Rex. Visitors to The Field Museum will also enjoy interactive exhibits such as the Underground Adventure where they can learn about soil and the Earth by shrinking to smaller than a penny and The Crown Family PlayLab where children between two and six can explore using a hands-on approach.

Just west of Chicago is the town of Oak Park where travelers can enjoy a beautiful location that focuses on one of the most celebrated architects in American history. The Frank Lloyd Wright Home and Studio is a National Historic Landmark that is operated by the Frank Lloyd Wright Trust and features tours for visitors to enjoy. The location was the home and workplace of Wright from 1889 through 1909 and was the birthplace of the Prairie style of architecture that Wright is known for.

Built and remodeled several times by Wright, the home was an experiment of sorts and features many unique architectural styles and elements including barrel-vaulted ceilings and craftsman details. Featuring tours each day, visitors will enjoy exploring the interesting styles and work featured at the Frank Lloyd Wright Home and Studio.

Galena, Illinois is home to another historic site that celebrates the life and legacy of another President of the United States. The Ulysses S. Grant Home State Historic Site is open year-round and features three distinct buildings that celebrate the eighteenth president.

The main experience is the Grant Home which was constructed in 1860 for Alexander J. Jackson before being gifted to Grant in 1865 after the Civil War. While Grant only occasionally stayed in the home throughout his presidency, he was able to visit one last time in 1880. After being gifted by Grant’s family to the town of Galena, the Ulysses S. Grant Home State Historic Site was restored to its original appearance and offers tours to those who visit today. In addition to the Grant Home, visitors can also enjoy the Market House which was constructed in 1845 and Congressman Elihu B. Washburne’s home. 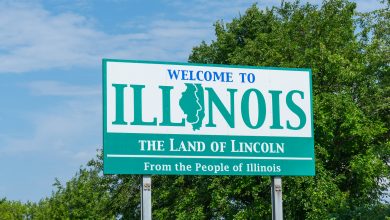 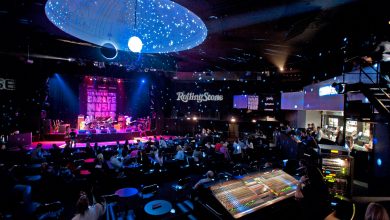