When you think of North Dakota, what comes to mind? No doubt the very words “North Dakota” conjure up thoughts of matchless natural beauty and the endless splendor of the outdoors. The quarter-million people who live in the Peace Garden State will tell you that North Dakota is one of the most beautiful places in the country.

In 1889, this beauty of a state joined the union—the same day as did its sister state, South Dakota. And while you may know about North Dakota’s natural beauty, you might not know that it has several nicknames like the Roughrider State and the Flickertail State. In fact, we’re willing to bet there are several things you didn’t know about the northernmost Dakota. Try these five on for size.

It’s the location of the geographical center of the continent.

Well, at least that’s what the folks in the town of Rugby, North Dakota tell everyone. Rugby is a city in, and the county seat of, Pierce County in the north-central part of the state. It’s a small town—encompassing only about two square miles, but there’s nothing small about the town’s pride.

The people of Rugby have long claimed that their town is the geographical center of the continent. In 1931, the town even erected a fifteen-foot-tall marker as a symbol of that very “fact.” The American flag, Mexican flag and Canadian flag were each flown near the marker in honor of the North American continent’s three countries. It seems that the townspeople of Rugby completely disregard the U. S. Geological Survey that shows the true center of the continent to actually be about fifteen miles outside of Rugby.

Earth lodges were once used by native peoples in present-day North Dakota. The lodges served as housing structures for groups of people. They were circular in construction and usually covered partially or completely with dirt (“earth”). Earth lodges were used by tribes in the area like the Hidatsa, Mandan and Arikara peoples. The structures usually had dome-like roofs with a centrally-located smoke hole at the apex of the roof. Earth lodges were called “awahtes” by the Hidatsa people. Within the Hidatsa culture, women were tasked with the entire building process of the lodge, which was usually completed within 7 to 10 days. Once the lodge was finished, it almost always measured 30 to 60 feet in diameter and stood 10 to 15 feet high. Between 10 and 20 people could live in a single earth lodge.

The native people that built earth lodges considered the structures to be sacred. They even believed that spirits inhabited parts of the structure. Though newer structures have largely replaced earth lodges, the lodges remain an important symbol of the so-called “Three Affiliated Tribes”—the Hidatsa, Mandan and Akirara tribes.

One of the highlights of Fort Abraham Lincoln State Park in Mandan, North Dakota, is the ancient village site of the Mandan Indians—one of the earliest known sites—that includes unique earth lodge homes. Though visitors to the park can’t stay overnight in an earth lodge, lodging is available at the state park in cabins or tipis and at campsites inside the park. For more information about Fort Abraham Lincoln State Park or to inquire about lodging accommodations, visit www.parkrec.nd.gov.

The state has some crazy laws on the books.

You’re gonna want to mind your P’s and Q’s—and A’s and B’s and XYZ’s—if you visit North Dakota. That’s because despite our being in the 21st century, it seems that the Roughrider State is stuck in a society of yesteryear—at least when you read up on the state’s laws. The archaic laws that are still on the books in North Dakota will either leave you laughing, frustrated, confused or any combination of the three.

Did you know that even though millions of people all over the country are guilty of doing so, it’s against North Dakota law to lie down and fall asleep without first removing your shoes? And you better hope you’re more of a champagne-and-caviar-type soul because beer and pretzels cannot be sold together in any restaurant or bar in the state—that’s right; it’s illegal. And you might have kept your pet elk in the sandbox in your backyard back home in another state, but if you come to live in North Dakota, you can be fined for such an atrocity. Worth noting: the city of Waverly doesn’t appreciate the cleanliness of your horse—municipal law makes it illegal for him to take a bath—well, at least in a bathtub. (So be sure to have your horse bathe in the shower.) And if you like to tango, cha-cha-cha, waltz or cut a rug in any other way, be sure you aren’t wearing a hat. North Dakota doesn’t tolerate that kind of tomfoolery.

It’s the least-visited state in the union.

With all its stunning natural beauty, you’d think it was one of the most visited of the states. And because that just seems highly offensive and undue—and because we can find no explanation for this phenomenon, we’ll just leave it at that. How sad. How very sad, indeed. Sorry, North Dakota.

A few recognizable personalities hail from this northern state.

North Dakota certainly doesn’t rank as the state with the most claims as a celebrity birthplace. But the few celebrities that did get their start in the Peace Garden State have gone on to make their statesmen proud. Actor Josh Duhamel (When in Rome, Transformers, Ramona and Beezus) and actresses Ann Sothern (The Lucy-Desi Comedy Hour, The Lucy Show, The June Allyson Show, The Ann Sothern Show) and Leslie Bibb were born in North Dakota, as was singer Peggy Lee. “America’s Storyteller,” novelist Louis L’Amour (Fair Blows the Wind, The Lonesome Gods, The Man From the Broken Hills) likely drew inspiration from his home state of North Dakota; he was born there in 1908. And five years before L’Amour’s birth, the “champagne musician” himself—Mr. Lawrence Welk—made his initial debut in North Dakota. 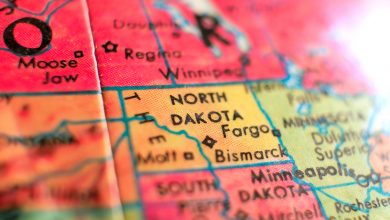 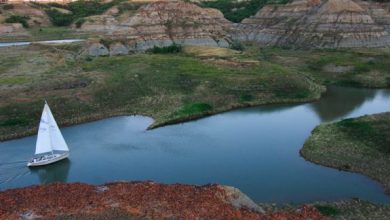