Home to more than 7 million people, Arizona is the sixth largest state in the union and the 14th most populous. It’s known for its many wildly popular natural wonders that double as tourist destinations and even vacation hotspots. You’ve probably heard of the giant gaping hole in the ground in Arizona called the Grand Canyon, but the massive canyon is only one of several natural wonders in the state that have a special draw for visitors, tourists, locals, and outdoor enthusiasts. Here are 7 of them and yes, we included Grand Canyon because it just wouldn’t be Arizona without it!

Kartchner Caverns were discovered relatively recently—in 1974—by two cavers exploring limestone hills near the base of the Whetstone Mountains that are located in the southern part of the state. Because water is still seeping into the caverns and creating new formations, the cave is considered “live.” The cave features a wide range of unique formations and unique minerals.

Kartchner Caverns is a vast system of limestone caves. In the Throne Room of the caverns, visitors can find one of the longest soda straw stalactites (hanging from the ceiling of the room). It is 21 feet, 3 inches long. Inside the Throne Room is also a 58-foot-tall massive column named the Kubla Khan. In Kartchner Caverns’ Big Room, visitors will also see the most extensive brushite moon milk formation on earth. Other unique features in the caverns include rimstone dams, needle quartz formations, totems, shields, and helictites.

At Kartchner Caverns, there is also a gift shop, multiple museum exhibits, and an educational center. All three are part of the “Discovery Center.” Kartchner Caverns also features hiking trails and a campground. For more information about the caverns, please visit https://azstateparks.com/kartchner.

The Canyon de Chelly National Monument combines three major canyons into one national monument. The three canyons are Canyon de Chelly, Canyon del Muerto and Monument Canyon. Together the three canyons form a beautiful pattern of landscape that is a delight to visitors. The park’s most distinctive feature is Spider Rock, which is a 750-foot spire that’s home to Spider Woman in the Navajo culture.

The monument is located on the base of very steep-sided canyons and sheer walls of sandstone that rise up to as high as 1,000 feet. Spider Rock is the main canyon and a spectacular rock formation. The area is home to some of the best-known cliff dwellings around—many that are said to have been occupied between 350 A. D. and the year 1300. There are also multiple scenic overlooks, as well as many Anasazi ruins that are very well-preserved. The ruins give visitors a look into the life of the Navajo Indians.

Havasu Falls is located in the Grand Canyon and is a favorite destination for avid hikers and climbers. It’s located near Supai on the Havasupai Indian Reservation. The blue-green Havasu Falls cascades over 100 feet. If you want to reach the falls, you’ll have to plan ahead. To get there requires a 10-mile hike each way, but those who do the hard work to get there are happy with the reward they reap—breathtaking views of the pools that lie at the base of the falls. Havasu Falls are forked at the base, so it looks like there are two separate falls. The Havasupai Indians have lived in the area for years and they work to protect the natural resources there.

The best-known natural wonder in the state (and to some people, in the country), Grand Canyon is located in Grand Canyon National Park. The landscape of the Grand Canyon is breathtaking and leaves visitors truly at a loss for words, especially on their first visits. It boasts an average width of 10 miles and a length of almost 280 river miles, but even knowing that doesn’t always prepare you for what you see when you first take in the sights of Grand Canyon. The park features trails and multiple lookout points along the North and South Rim. Sunset yields a palette of colors against the walls of the canyon that cannot be described with words.

The 15th site in the country to be named a national park, Grand Canyon National Park covers more than 1.2 million acres, or 1900 square miles in the counties of Mohave and Coconino. The park sees more than 6 million visitors each year, most who come to take in the views of the massive gorge, camp in the park and take mule rides to the bottommost accessible parts of the Grand Canyon. It is the second most visited park in the United States.

Many people vacation at the Grand Canyon. There are six different lodges at Grand Canyon National Park. There’s also an RV park. Phantom Ranch offers overnight dorms and cabins and lies at the bottom of the canyon and is frequented by hikers as well as those riding mules down to the bottom of the canyon. It’s worth noting that reservations for Phantom Ranch are conducted via online lottery 15 months in advance only. For information about the lottery or any other part of Grand Canyon National Park, visit www.nps.gov/grca.

Petrified Forest National Park is located in the northeastern part of Arizona and is home to huge pieces of wood that is petrified. The wood has a long geographical history. The area was once a vast tropical region where researchers and scientists have identified more than 150 different species of fossilized plants. Along the roads in the park, visitors can find short trails and viewpoints that allow for close-up looks at these amazing sights. There are also four main areas of the park—Blue Mesa, Jasper Forest, Crystal Forest, and Rainbow Forest. For more information about Petrified Forest National Park, visit www.nps.gov/pefo.

The sandstone formation called the Wave is a favorite location among hikers and photographers because of its curvy shapes that are reminiscent of Arizona’s Antelope Canyon. It’s located in the Coyote Buttes North area near the border between Utah and Arizona. The sandstone formations in the area were created by wind erosion. Because sandstone is so easily damaged, admittance into the Wave is limited to only 20-day permits each day, and that’s through a lottery system. Fewer visitors frequent the Wave in fall and winter, so your chances of scoring one of the 20 permits increase in those seasons. The Wave is the perfect location for hiking, sightseeing, and photography. More information about the Wave can be found by visiting www.thewave.info.

Lava River Cave is a lava tube located within the Coconino National Forest in northern Arizona. The entrance to the cave lies about 14 miles west of Flagstaff, Arizona. It is ¾ of a mile long, making it the longest cave of its kind in all of Arizona. It was discovered by lumbermen in 1915 and has been referred to in the past as “Government Cave” because of its location on the eastern edge of Government Prairie and just southeast of Government Peak. Lava River Cave is open and freely accessible to anyone in the general public. Scientists believe the cave was formed hundreds of thousands of years ago when lava erupted from a volcano vent in Hart Prairie nearby. The top of the lava flow, as well as the sides and bottom of the flow eventually cooled off and became solidified. Lava in the middle flowed out and left a hollow space to form the cave.

Some places inside Lava River Cave are 30 feet high, while other tiny spaces are only 3 feet high. There is no light whatsoever in the cave, and for this reason, visitors to the cave are advised to bring multiple light sources, as well as sturdy hiking boots and warm clothing. There is no entrance fee charged to access Lava River Cave. Visit https://www.fs.fed.us/ for more information about the cave, which is managed by the U. S. Forest Service. 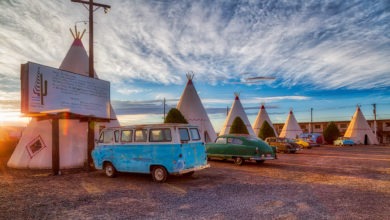 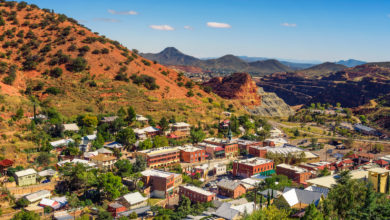 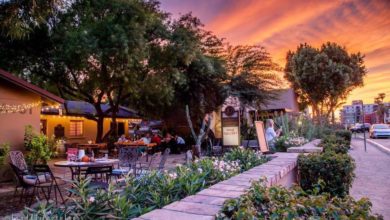 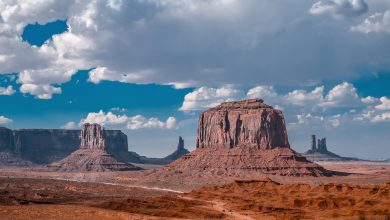