Kansas may be known as being flatter than a pancake, but what doesn’t fall flat is its museum scene. Kansas played a key role in the country’s Western Expansion, presidential history and cinema. The state is filled with dreamers, past and present, and the museums reflect what makes Kansas so special.

The Eisenhower Presidential Library and Museum is a newly renovated space where you can meet Ike and Mamie through new technology and exhibits. President Eisenhower grew up in Abilene, and he considered it home throughout his military and presidential career.

When you visit the Eisenhower Presidential Library, be sure to plan for a few hours. You can visit his boyhood home, which was occupied by his family from 1898 until his mother’s passing in 1946. The Library houses temporary exhibits and you can also conduct research here with the millions of pages available to the public.

The museum portion of the complex uses Ike and Mamie’s own words in a new, interactive exhibit that engages all ages. You can examine artifacts and learn of stories from the archives to better understand Ike’s career and why he was the ideal WWII General to lead Allies to victory in Europe. Through the exhibits, you can listen to his views on everything from D-Day to world peace. You’ll also uncover why President Eisenhower was known as the Champion of Peace.

Don’t forget to “Stand Like Ike” while you’re there! Commemorate your trip with a photo by his 11-foot bronze statue.

The Museum at Prairiefire (MAP) is a jewel of a museum. Located just outside Kansas City, the trip is worth it just to see the gorgeous building. The structure itself suggests a prairie fire with the iridescent steel panels changing in color throughout the day.

The MAP’s founding collaboration with the Museum of Natural History in New York City allows visitors to engage with national and regional science, culture, art, and natural history exhibits. A great place for families, the Discovery Room for children ages three to 12 allows young visitors to have a hands-on experience with science and research. There are also two main traveling exhibits annually and two virtual reality experiences. Be sure to check the website to see if you need reservations to take part in the virtual reality exhibits.

There aren’t too many films that capture the imagination for generations. However, The Wizard of Oz, which debuted in 1939, fits the bill. With Dorothy being swept from her Kansas home to the magical world of Oz, it is no wonder that Kansas is home to the OZ Museum.

Boasting more than 2,000 artifacts, with some of the earliest copies of The Wonderful Wizard of Oz books by L. Frank Baum and original Parker Bros. board games, hand-jeweled ruby slippers, props from the Broadway musical Wicked and everything in between, the museum easily enchants all ages.

Make plans for a special visit in October for OZtoberfest! The annual event brings in Oz aficionados from around the world and fills the streets with music, costume contests, arts and crafts, and exclusive vendors.

You’re hard-pressed to find a more celebrated and larger than life character in aviation than Amelia Earhart. A trip to Atchison and the Amelia Earhart Birthplace Museum is a must for aviation enthusiasts, dreamers and history buffs. The wood-frame, Gothic Revival cottage sits high on a bluff above the Missouri River.

A National Historic Site, the home highlights the Otis home, Amelia’s grandparents with whom she spent most of her childhood. Throughout the home you will find family memories as well as a look at through Amelia’s career as an aviator.

The Boothill Museum brings the Wild West town of Dodge City to life through exhibits, education, and entertainment. All year round, you step back into the 1800s and walk the streets of Dodge City’s Front Street and take in the exhibits that contain more than 60,000 items and documents from the era. A few of the galleries within the museum dive into Native American life, as well as the Army, railroad, cowboys and the American bison. It is also no surprise to learn how farming and homesteading impacted the area. But Hollywood’s fascination with the area and notable Dodge City residents of the time, namely Wyatt Earp, Bat Masterson and Doc Holiday, is a fun highlight. The result of Hollywood’s love of the Old West are movies like Dodge City and a little television show called Gunsmoke.

In the summer, the Boothill Museum is especially vibrant. The pioneer town is brought to life with entertainment including a gunfight reenactment, country-style restaurant, ice cream shop, variety show, and Old West photo parlor.

Beyond cattle drives and gunfights, Dodge City also played a big part in the Westward Expansion including the Santa Fe Trail. You can see the longest and best-preserved ruts from the Santa Fe Trail just nine miles west of Dodge City on Highway 400/50. These ruts are near the halfway point of the trail and while there you can get an idea of what the pioneers were seeing and experiencing as they traveled west.

With the range of museums Kansas has to offer, you’re bound to find something that will capture your attention.

An Amazing State Park in Connecticut the Locals Love 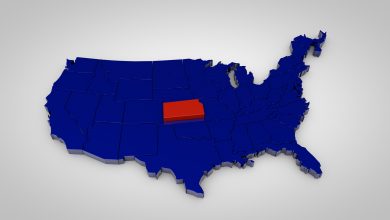 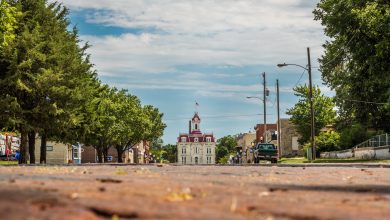 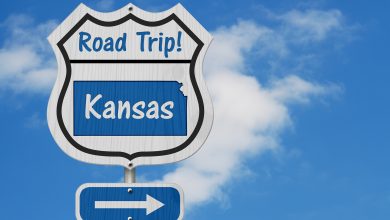 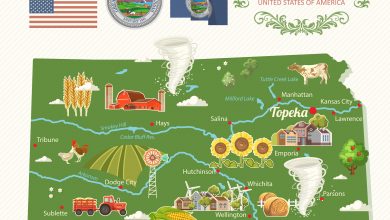