It may be known as the Cornhusker State, but there is much more to explore in Nebraska beyond shucking food for fodder.

While it may be a bit of an oxymoron, the Little Grand Canyon in Wauneta remains a sight to behold.  As the name would suggest, it is not nearly as impressive as its more famous big brother to the southwest, though that does not detract from the beauty of this scenic overlook on the outskirts of town.  The bluffs of this micro canyon were carved out by a Frenchman Creek tributary and, from the early 1970s through the mid-1990s, much of the viewing area was inaccessible until, in 1996, a dutiful Eagle Scout took it upon himself to restore the spot to allow visitors a chance to experience the majesty of this stunningly unique panorama.

Located in Gothenburg, the Pony Express Station and Museum celebrates the brief but enduring history of this legendary messenger’s service.  While many may be familiar with the Pony Express as a precursor to the telegraph and alternative to the U.S. Postal Service, they may be surprised to learn that it operated for a mere 18 months – from April 3rd, 1860 to October 24th, 1861.  The nearly 2,000-mile-long route began in St. Joseph, Missouri and ended in Sacramento, California, with 190 stations and more than 200 employees along the way.  The museum – which is, appropriately, open from April 3rd through October 24th – is housed within the Sam Machette station and features a collection of historical artifacts, as well as a gift shop offering souvenirs.  Entry to the log building, which was built in 1854 and moved to its current location in 1931, is free to the public.

Known as the “Swede Capital of Nebraska”, this small town occupies approximately one square mile in the eastern-central part of the state and was originally settled by a small group of Swedish immigrants in the mid-19th century.  Today it is home to more than 1000 residents and continues to embrace its heritage through events such as the Swedish Festival, a weekend-long event held annually each June that features a variety of activities celebrating the town’s Nordic roots – such as dancing, tours of the town, and samplings of traditional Swedish cuisine.  Many of the community’s original buildings remain to this day, including several homes, the Viking Center, and the Cornerstone Bank.  At one time, Stromsburg held the distinction of having the highest percentage of Swedish population for any U.S. town with over 1000 residents, with roughly 30% of the residents claiming to be of Swedish descent.

Named after the mushroom-shaped geological formations that pepper the landscape of this section of the Oglala National Grassland, Toadstool Geologic Park is a rare sight among the plains of Nebraska.  Bearing a closer resemblance to the desert southwest than what one might envision of the “Cornhusker State”, this park is best known for its arid moonscape and plethora of fossils.  A trio of hiking trails allow guests to explore what has often been referred to as the “Desert of the Pine Ridge” while admiring the toadstool-shaped sandstone formations.  And while fossils are plentiful throughout the park – some dating as far back as 30 million years – their removal is strictly prohibited by federal law.  Also occupying the grounds is a sod house, constructed in 1984 by the Forest Service as a recreation of a home that once stood nearby and today serves as an example of the type of dwellings the original settlers were able to erect with the materials at their disposal.  The park is accessible 24-hours a day and makes for an ideal location for those seeking to hike the stimulating terrain or lay down a blanket for a picnic amid the “Badlands of Nebraska”.

Boasting a collection of more than 50,000 items on display, Pioneer Village champions itself as a preservationist of “Authentic Americana”.  Housed within 28 buildings spread out across 20 acres, this museum was founded to help chart the evolution of America.  As such, the chronological order in which its relics are displayed help provide perspective on the growth of our country and the tools and trades of the times.   From horse and buggy barns to garages full of antique automobiles, from blacksmithing tools and techniques to electrical appliances, this museum features a little bit of everything.  It even claims to have the oldest merry-go-round in the U.S., which is powered by steam and still offers riders the opportunity to take a spin for a nickel.

Built in 1987 by Jim Reinders as a memorial to his late father, this unusual ode to England’s Stonehenge features a faithful recreation of the mystifying monument constructed entirely of vintage American automobiles.  The circular structure includes 38 cars, each spray-painted matte gray and placed in precise formation to the original’s stone pillars, which Reinders had studied for years while living abroad.  Since its creation, the 10-acre site has been donated twice – first to the “Friends of Carhenge” and later to the “Citizens of Alliance” – and additional sculptures have been added throughout the years, leading to the land being dubbed the Car Art Reserve.

Founded in 1995 to honor the life’s work of Dr. Harold Edgerton – a renowned professor of electrical engineering at MIT and native Nebraskan – this science center is invested in introducing its visitors to the joys of scientific discovery through a variety of interactive activities and hands-on experiences.  As a “teaching museum”, its goal is to make learning fun for everyone, which it does through its exhibits and demonstrations, many of which they will even bring on the road as part of their traveling exhibit series.  Some popular demonstrations include Sparks, which explores the principles of electricity, and Acids, Bases, and Carbons – The ABC’s of Chemistry, a presentation on chemical reactions ranging from color changes to explosions.  Amazing Bubbles not only immerses those in attendance in a lesson about the composition of the foamy spheres, it literally allows them to step inside one as well.

For the Perfect Weekend in Rhode Island, Visit These Places 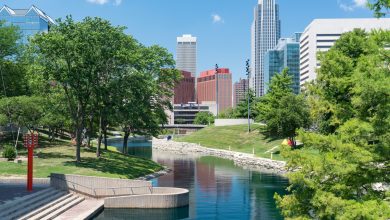 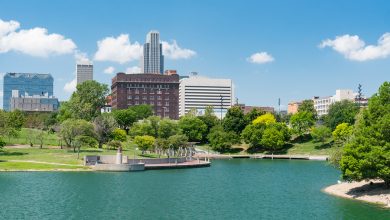 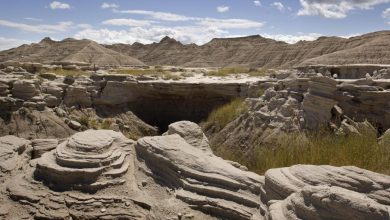 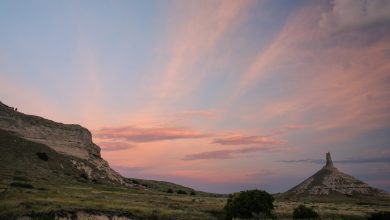 There’s Plenty to Keep You Occupied in Nebraska