There are plenty of quirky spots to rest your head in the Silver State. You don’t have to settle for a bland hotel room. From haunted hotels to alien-themed motels, here are a few places to grab a few winks after a busy day in Nevada.

Nevada is one alien-crazy state. With the mysterious happenings at Area 51, you will find many places that cater to the extraterrestrial types. If you are in the small town of Beatty, you have a few options to stay. Atomic Inn is one of the top-rated motels in the town. As the name suggests, this hotel is weird but charming. When you step inside, you will think you have been transported to another time. The hotel resembles one of those great roadside hotels of the 1960s. However, it was built in the 1980s, and the structure was initially designed to host military personnel.

With the Nevada Nuclear Test Site and Area 51 nearby, you can expect to see a lot of aliens lurking throughout the building. In the rooms, the interior looks like it belongs in the Swinging Sixties era, along with Space-Age themed artwork decorating the walls. While in Beatty, you are close to many attractions, including Rhyolite Ghost Town, Death Valley National Park, and the Goldwell Open Air Museum.

If you are really looking for an out of this world experience, you must book a room at Little A ‘Le’ Inn. This spot is a combination of a motel, bar, and gift shop. Rachel is the closest town to the mysterious Area 51, and it is the center point for all UFO tourism in the state. In fact, the Governor of Nevada declared Route 375 as the “Extraterrestrial Highway” in 1996. The spot is in the middle of the desert, so you are planning on visiting or staying the night, you better fuel up in the nearby towns. You can pose near the flying saucer photos or hear stories of space aliens from the locals in the bar. For those looking for a place to sleep, the motel rooms have been converted from trailers, but they can house up to 2 to 4 people per room. While you are there, don’t forget to stop in the gift shop and grab a souvenir of your favorite little green man.

Nothing says a good night’s sleep like being surrounded by clowns and a graveyard. One quirky hotel is the Clown Motel in Tonopah. This town is the halfway point between Las Vegas and Reno. As you drive throughout the town, you cannot miss this clown-themed building. Clowns are welcoming you from the road and directing you towards the check-in desk. Each room features a collection of clown paintings that hang throughout the room. In addition to the clowns, there is a historic cemetery on the grounds as well. In 1901, the cemetery was established, and it is home to over 300 residents of the town. Many of the graves belong to the miners who died in the Tonopah-Belmont fire.

The Clown Motel was built in the 1970s, and it features one of the biggest clown collections in the state. You can see everything from life-size clown statues to ceramic clowns. The collection continues to grow as many people send their clown memorabilia to the motel. While you might not think a clown motel can be popular, think again. If you are looking to get a room for the night, you need to book ahead of time. The Clown Motel books up extremely fast, and it can be hard to find a room. For those wanting an extra creepy view, you can request a room on the second floor that overlooks the cemetery.

If clowns aren’t your thing, you can also spend the night at the Mizpah Hotel. This historic hotel was built in 1907, and it features many of the period furniture in the rooms. The “Jewel of the Desert” has been lovingly restored in the past few years. Grab a drink in the bar and listen to the ghost stories that have occurred throughout the building.

Nevada and mining have gone together like peanut butter and jelly. If you want an authentic “Old West” experience, check out Virginia City. The Silver Queen is one of the best places to stay. This 134-year old hotel is also a wedding chapel and home to 28 restored rooms. These rooms all have private bathrooms, and some even offer authentic clawfoot bathtubs.

Now don’t expect to plug into the latest technology in the room as they promote the establishment as a “way to spend an evening away from phones and televisions.” This hotel is also rumored to be haunted as well. Room 11 is said to be the most active with orbs and noises coming from that area. Some visitors have even witnessed moving furniture and rattling chains. If you are planning to tie the knot in the chapel, you might want to know that the venue was once the town’s morgue.

Gambling is a draw for many tourists in Nevada. While Reno and Las Vegas are the big towns, you can also find some fun in Nevada’s smaller cities. Hotel Nevada is both a hotel and a gambling hall.

This red-brick building dates back to the Prohibition era, and it is located in the downtown area of Ely. Hotel Nevada remains in its original state but still offers modern amenities for visitors. At one time, the hotel was one of the tallest buildings in the state. If you want to spend the night, you can choose from 64 rooms that feature complimentary Wi-Fi. The Hotel Nevada site also includes a full-service bar, catering hall, and a variety of slot machines. If all the gambling has made you hungry, you won’t want to miss a stop at the attached Denny’s Restaurant – the only 24-hour full-service restaurant in town.

Once you are done testing your luck or exploring out in the desert, you can find some charming places to sleep in the Silver State. 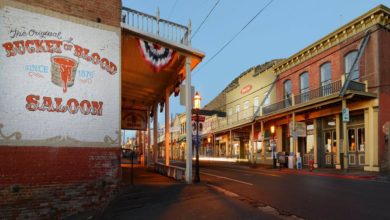 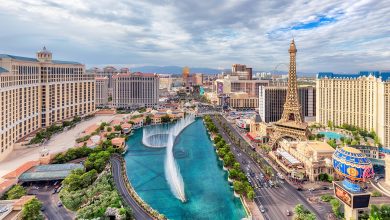 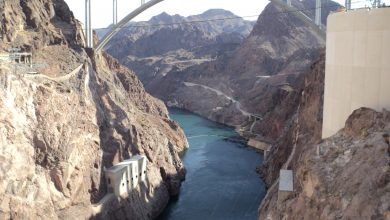 Amazing Places to Experience in Nevada