Though its state motto is the “Crossroads of America”, Indiana is perhaps best known to outsiders for corn, basketball, and Indy racing.  However, the 19th state in the union is also home to countless cultural centers that celebrate not only the history of the area but the world at large.  The following eight examples are a mere sampling of the museums that can be found in the Hoosier state.

Located on the campus of Newfields — a 152-acre area dedicated to connecting nature with the arts — the Indianapolis Museum of Art boasts an extensive collection that showcases pieces dating back as far as 5000 years.

The museum’s galleries feature works from all over the globe, including pieces from artists such as Picasso, Rembrandt and Georgia O’Keeffe.  In addition to paintings and sculptures, guests can also view textile and fashion arts in the Design Gallery, an 11,000-square foot exhibit that walks visitors through the design process via a series of interactive experiences.

Children’s Museum of Indianapolis, which claims to be the largest children’s museum in the world, takes little ones on a journey around the globe and throughout history with its vast array of exhibits and artifacts.  Dinosphere allows visitors to travel back in time 65 million years to glimpse specimens from the Cretaceous period while ScienceWorks employs a practical, often hands-on approach to illustrate the natural processes we encounter in our daily lives.

Seasonal outdoor exhibits encourage children to engage in physical activity by trying their hand at sports from tennis and golf to baseball and basketball.  The upcoming Paw Patrol: Adventure Play (which runs from February 23rd through July 28th) offers fans of the popular cartoon an opportunity to save the day with their favorite four-legged heroes.

Residing within the legendary 2.5-mile oval, the Indianapolis Motor Speedway Museum is home to a collection of racing artifacts that stretch beyond the track of Indycar to include NASCAR, Formula One, and a variety of short-track speedsters.

The museum also enshrines some of the sport’s most legendary personalities in its Hall of Fame, from Henry Ford to members of the Andretti racing dynasty.  Guests of the museum can explore the grounds through various tours, such as the 25-minute Kiss the Bricks tour, or enjoy a narrated bus ride around the oval in Track Laps.  A pair of gift shops provide ample opportunity to stock up on souvenirs, while designated photo spots allow wannabe racers a chance to slide behind the wheel.

Located in South Bend, this museum celebrates the region’s heritage through a vast archive of historical documents, including photographs, audio/video footage, and locally-published newspapers dating back nearly 200 years.  Featured exhibits include Unseen Treasures of the Oliver Mansion – a 38-room home once owned by industrialist J.D. Oliver – and Fierce on the Field, which celebrates the All-American Girls Professional Baseball League (AAGPBL).  The Kidsfirst Children’s Museum offers hands-on opportunities for little ones to learn about life in the 19th century through tours of period-appropriate buildings, such as Pierre Navarre’s Cabin and a 1830s-era schoolhouse.   In October 2015, The History Museum was honored with an accreditation from the American Alliance of Museums, an award given to fewer than five percent of American museums.

Founded in 1984, CANDLES (Children of Auschwitz Nazi Deadly Lab Experiments Survivors) emphasizes the importance of perseverance against prejudice by shining a light on the atrocities of the past.  Choices: The Holocaust Through Eva’s Story chronicles the life of Eva Kor, one of the Mengele Twins experimented upon at Auschwitz.  CANDLES is believed to be the only such organization in the world dedicated to honoring the memory of these twin victims, in the hopes that by sharing their stories it will help lead to a more harmonious world free of genocide and hatred.

This Vincennes, Indiana institution celebrates the life and career of one of the 20th century’s most influential comedians, chronicling his rise from vaudeville performer to a fixture of film and television.  Red Skelton: A Legacy of Laughter is a 3500-square foot exhibit featuring, among other things, an interactive chronology of Red’s life, memorabilia and costumes of some of his most iconic characters, and a “Freddie the Freeloader” stage set on which visitors can attempt to recreate the comedian’s signature pratfalls.  Beyond the laughter, the museum also celebrates Red’s commitment to public service, his devotion to his hometown, and his now iconic interpretation of the Pledge of Allegiance.

Since 1989, the Eiteljorg Museum has sought to educate and inspire visitors by celebrating the art, history, and culture of both Western America and the land’s indigenous peoples.

With a mission to foster diversity and deepen our perspective on the past, the museum has dedicated itself to the conservation of objects and artifacts that reflect Native American and Western history through exhibits such as the Western Art Galleries and Harry Fonseca: The Art of Living – a retrospective of the revered contemporary Native artist.  Other featured artists include Georgia O’Keeffe, Andy Warhol, and T.C. Cannon.

Conveniently located at White River State Park in Indianapolis, Indiana State Museum serves as the epicenter of cultural and historical content that celebrates the legacy of the Hoosier state.

Built entirely from locally-sourced materials, this three-story monument to all things Indiana boasts exhibits that honor the area’s unique place in our country’s history, such as Global Indiana and Crossroads of America, which showcases the state’s role in connecting the rest of the country by expanding the reach of railroads and newspapers.  The museum also offers a series of programs for both children and adults, which focus on everything from poetry and pinewood car construction to engineering and fashion.  Indiana State Museum is also affiliated with numerous historical sites throughout the state, like the battlegrounds at Vincennes, where troops assembled for the Battle of Tippecanoe.

Oklahoma Is More Than OK! So Much to Do in 'The Sooner State'

You Will Be Awestruck by These Amazing Sights 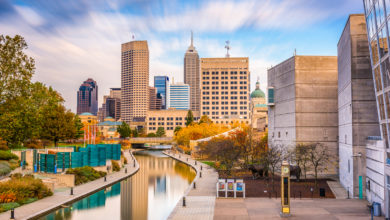 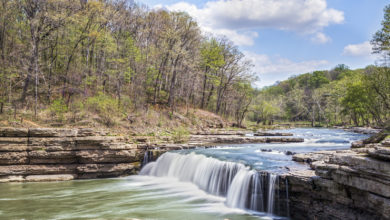