Arkansas has so much to see in terms of natural attractions. After all, it is known as the ‘natural state,’ so it’s a great place to go if you want to see wonderful examples of nature’s beauty. While many visitors flock to see attractions such as the Natural Bridge or the scenic vistas of White Rock Mountain, if you step off the beaten path and go a little ‘underground,’ you’ll be rewarded with natural beauty like no other. Here’s why you need to visit the Blanchard Springs Cavern at least once if you’re in Arkansas.

A living cave in the heart of Arkansas

A living cave in the heart of the Ozark-St. Francis National Forest, Blanchard Springs cavern is an amazing place to explore. The caverns are known as ‘living caverns’ because the formations and structures inside them are still changing. Stalagmites, columns, stalactites, and flowstones are constantly and slowly changing shape with the flow of water in the cave system.

What exactly does a living cave look like? A lot like other caves, but this one is especially fascinating because it’s so large and there’s a real sense that the cave is always changing in small ways. Mineralized water deposits create sparkling effects on the stones and tiny living creatures such as salamanders, bats, and crickets make their home here. If you visit the caverns more than once, there’s a very good chance that you won’t see the exact same formations because they are always growing and changing.

Multiple tour options for every explorer

The Dripstone tour is a fairly easy walk with few to no stairs to navigate, depending on the exact route taken. It lasts about an hour and covers approximately 4/10 of a mile. According to the Blanchard Springs Cavern website, there are stops for seating and few bats to worry about, but there are some pretty impressive dripstone formations to enjoy.

If you’re up for a little more of a challenge, the Discovery Tour lasts about an hour and a half and covers the lower portion of the caverns. Be warned–there are over 700 stairs to navigate on this tour, so you may not want to bring the kids on this one. The tours trace the routes of some of the cave’s first explorers, passing through the sites of their primitive campsites and past the dangling ropes where they first dropped down to explore this world beneath the earth’s surface.

The Discovery Tour also leads you to the stream that helped assist in the formation of the caverns. It’s a completely different experience from the Dripstone Tour, so you may want to visit on multiple occasions so you can see both sections of the caverns. Or, if you’d rather, you can take the Wild Cave Tour, which truly isn’t for the faint of heart.

The Wild Cave Tour lasts from 3-4 hours and requires crawling through tight spaces and muddy areas. You’ll be given hard hats, gloves, knee pads, belts, and flashlights, but you’ll want to bring some sturdy boots, too. This tour is limited–no more than 12 people at a time and no one under the age of 10 is allowed–so call ahead if you’re interested in booking this one. It covers the middle sections of the huge cavern system and may prove challenging even for the most enthusiastic and experienced visitors.

Regardless of the tour you choose, you’ll want to be prepared for spending time in a cave. The temperature inside the caverns remains at around 58 degrees Fahrenheit all year long and there’s 100% humidity. You’ll probably want a light jacket and make sure you’re wearing comfortable, flat shoes with a non-slip sole. Dress for adventure, and you won’t be disappointed.

While the caverns themselves are pretty extraordinary, they aren’t the only unmissable natural attraction. The caverns are located in the Ozark National Forest. Located nearby are the Blanchard Springs Campgrounds, which offer visitors a place to camp, swim, hike, bike, and enjoy the breathtaking beauty of the forest around the caverns.

Nearby, the Blanchard Springs pour out dramatically from the side of a mountain. You can also visit Mirror Lake, whose surface is so calm and clear that it has been said to have the appearance of an actual mirror. Waterfalls, wildlife, and woods create a getaway spot that’s hard to resist and even harder to leave.

If you venture a few miles outside the campgrounds, the Ozark Folk Center State Park can be found approximately 15 miles away. It’s the site for many folk and gospel concerts as well as the site of various ‘crafting cottages’ that demonstrate crafts ranging from quilt-making to blacksmithing. Come for the caverns, but stay for the natural beauty and local folk culture surrounding Blanchard Springs Campgrounds.

Because the caves retain a constant temperature, it’s not surprising that they’re open to the public all year long. During the winter months leading up to the holidays, you can visit the caverns and experience Caroling in the Caverns. This event is separate from the cave tours, so plan your visit accordingly. It’s also popular with locals, so keep this in mind when planning your trip as the caverns can get quite busy at this time of year.

Summer is also a great time to visit the caverns. Thanks to the constant cool temperatures, they’re a great place to go to beat the Arkansas heat in the summertime. The campgrounds and surrounding areas are especially popular during the warmer months, and it’s easy to see why. With so many places to fish, swim, and relax, Blanchard Springs really is a wonderful place to visit. It’s a must-see attraction and one that you’ll probably want to visit again and again. 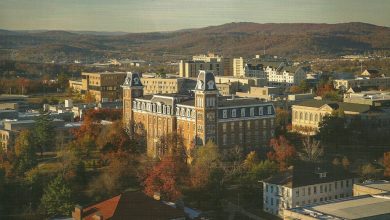 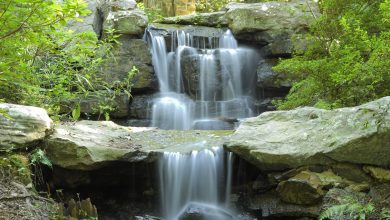 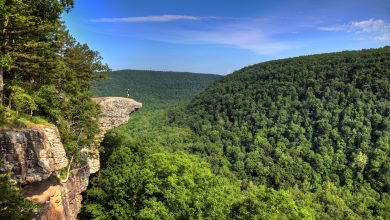 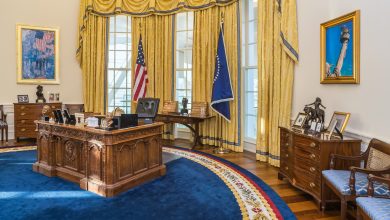