When many travelers think of locations for amazing live music, they might think of the honky tonks of Nashville, the amazing jazz of New Orleans, or the countless classic venues scattered throughout New York City, but there is another location that is home to some incredible venues that simply must be enjoyed at least once. Connecticut is perhaps better known for its coastal towns and seaports, small cities, and New England lifestyle, however, it is also the home to several live music venues that run from being small and intimate to massive arenas that can seat thousands. With so many venues to choose from, it is no surprise that many musical acts pass through Connecticut, making it a great place to stop when in search of some live shows. Here are the best live music venues found throughout Connecticut to enjoy on any visit to the state.

Hartford, Connecticut is a relatively large city in the state, however, in comparison to other metropolitan areas of the Northeast, it might be considered small by some visitors to the area. No matter its size, the city is home to a wonderful live music venue that has a long history that began over seven decades ago. The Webster Theater originally opened as a motion picture theater in the late 1930s under the ownership of the Shulman family.

While it succeeded at first, the theater soon saw struggles and ultimately saw a positive turn in the early 2000s when big-ticket musical acts passed through its doors. The interior of The Webster Theater is beautifully themed with art deco details and murals, however, the outside has recently been renovated to look like a brand new modern venue. Featuring the perfect combination of vintage and modern, those who visit The Webster Theater can enjoy upcoming acts including Light the Torch, Blessthefall, Flotsam and Jetsam, Tony MacAlpine, and Boston Manor.

Also found in the city of Hartford, Connecticut is another live music venue that is considerably larger and home to much more mainstream acts thanks to its massive size. The XL Center was previously named the Hartford Civic Center and originally opened in 1974 with the primary purpose of being home to sporting events.

Today, the large arena is home to the Hartford Wolf Pack AHL hockey team, the men’s and women’s basketball teams from the University of Connecticut, and the Connecticut Huskies men’s ice hockey team. In addition to sporting events, the XL Center welcomes thousands of concert goers each month for star-studded acts such as the Khalid: Free Spirit Tour, Eric Church – Double Down Tour, and Paw Patrol Live! With plenty of seating and the adrenaline of an arena setting, concerts at the XL Center are definitely worth experiencing, especially since such big-ticket acts regularly perform in the space!

Old Saybrook, Connecticut is a small coastal town on the state’s south shore that boasts amazing dining, beautiful views of the Long Island Sound, and a live music venue that visitors simple must enjoy once. The Katherine Hepburn Cultural Arts Center, affectionately referred to as “The Kate,” began its long history before the icon was even born when the Old Saybrook Musical and Dramatic Club was formed in 1905.

Soon, the club raised enough money to build the Old Saybrook Town Hall which was frequented by the Hepburn family with each visit to the town. Katherine Hepburn continued to spend time in the town until her death in 2003 and in the same year her family granted rights for the newly renovated theater to feature her name. Featuring an intimate setting with amazing acoustics and a clear appreciation for the arts, those who visit the Katherine Hepburn Cultural Arts Center can enjoy live musical acts including Larry Campbell & Teresa Williams, John Tesh, and Karla Bonoff. Those who spend time in the town of Old Saybrook will certainly love stopping and enjoying a live event at this historic venue.

Visitors to Ridgefield, Connecticut can visit a beautiful theater that has been home to decades worth of history and performances by countless musical artists, films, and more. The Ridgefield Playhouse was designed by Cass Gilbert Jr. in 1938 and originally functioned as the auditorium in the town’s old high school. Home to town hall meetings and local performances, it was abandoned in 1972 before being restored and reopened in 2000 as the official Ridgefield Playhouse.

Since its reimagining, the space has been home to amazing performers including Jose Feliciano, Gregg Allman, The Doobie Brothers, Barbara Cook, and more. Featuring an intimate setting that at the same time never feels crowded, those who find themselves in Ridgefield should definitely enjoy a show at this wonderful venue and some upcoming acts include Bruce Hornsby & The Noisemakers, Beth Hart, Chris Botti, and Southside Johnny & The Asbury Jukes. In addition to live music, those who visit the Ridgefield Playhouse can also enjoy special showings of both classics and new films.

One of the most popular destinations for both locals and tourists to visit when traveling through Connecticut is a massive casino in the town of Mashantucket which is filled with gambling, dining, entertainment, shopping, and more. Foxwoods Resort Casino first opened in 1992 under the ownership of the Mashantucket Pequot Tribal Nation and has steadily grown ever since. In addition to the gambling opportunities that guests can enjoy, many who visit the casino do so to enjoy live entertainment in many of the spaces that are offered at the location. The largest venue at Foxwoods Resort Casino is the Grand Theater which has more of an arena feel than an intimate space, making it the perfect location for major musical acts to perform when passing through. Some of the upcoming shows featured at the Grand Theater include Jason Derulo, Brothers Osborne, Reba McEntire, Steve Miller Band, and the B-52’s. The Grand Theater at Foxwoods Resort Casino is the perfect location to enjoy a live music event as it can be paired with other entertainment, gambling, and dining throughout the rest of the casino!

There's Plenty to Keep You Occupied in Nebraska 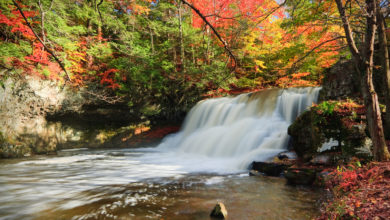 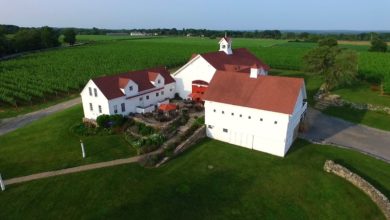 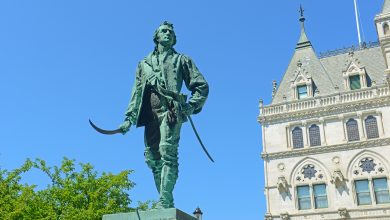