You can go a few miles outside of Wyoming’s cities to get away from it all. The state is known for its wide-open spaces, plentiful wildlife, and clear skies. However, if you’d like to wander with purpose, there are a few spots you may find particularly interesting.

Perched atop Medicine Mountain in the Bighorn Range sits a curious pattern of stones. Because of its elevation, the cairn, or ring-shaped pile of rocks, only reveals itself and its purpose during the summer months. The stones are arranged like a wheel measuring 80 feet across with 28 spokes, plus it is surrounded by six smaller cairns.

Not the only spot in North America, these medicine wheels, or sacred hoops, have been built for centuries by Native Americans for a number of reasons, from rituals to astronomical reading.  What makes Bighorn special is it is one of the most well preserved and studied of the hundreds existing on the continent.

Astronomer Jack Eddy believed Plains Indians built the wheel 300-800 years ago as a tool to predict the position of the sun and other bright stars around summer solstice. Simplified greatly, this is done through lines of sight and where the sun rose and set during summer solstice.

Still used by Native American groups and monitored by archaeologists during the summer, Bighorn Medicine Wheel is a National Historic Landmark.

To get to the site, drive US 14A and turn off onto a marked gravel road (Forest Road 12), which is approximately 33 miles east of Lovell, Wy. You must walk the last 1.5 miles to Bighorn, so please plan accordingly.

The American West was truly a wild place with its fill of true outlaws, not just romanticized Hollywood characters. A few notable real-life characters were Butch Cassidy’s Wild Bunch, the Logan Brothers and Jesse James who picked a remote spot in Wyoming to hideout called Hole in the Wall.

The Hole in the Wall refers to the fertile pasture where these notorious cattle rustlers grazed their stolen cattle, set up camp and even had a few cabins. The name also refers to the narrow trail leading up and over the red rock wall, which is the only way to get there. If you visit, you will soon see it was the perfect hideout with its tight trail, 360-degree views to easily spot intruders and the vast green pastures.

Still extremely secluded, Hole in the Wall is located on the Willow Creek Ranch. The ranch accepts visitors and will help you plan your Wild West adventure.

The largest of three rhythmic springs in the world runs free in Wyoming. Intermittent Spring, also know as Periodic Spring, does just as its name suggests; it starts and stops at regular intervals. The water at the site flows for approximately 18 minutes and stops for 18 minutes.

It’s best to visit the spring in the late summer when it is most active.

In a sea of flat plains, Independence Rock was a welcome sight to pioneers traveling to California or Oregon. The 136-foot stone landmark was hard to miss for the travelers and it was aptly named. If you made it to Independence Rock before July 4, Independence Day, you would be able to make it over the upcoming mountain passes before the inevitable winter storms.

Many travelers would inscribe their name on the stone as they passed. It even received the moniker of “The Register of the Desert.” Now a state historic site, you can still make out some of the pioneers’ inscriptions on the wind-worn rock.

For nearly 300 years Native Americans would use a sinkhole’s steep cliff walls as a trap for stampeding buffalo. The sheer cliff hides a 40-foot drop. Native Americans would drive herds of buffalo toward the invisible cliff where they would “jump” off, effectively immobilizing or killing the buffalo. Now the Vore Buffalo Jump serves as an archaeological site due to the vast amount of buffalo that were dressed in the pit, leaving the bones behind.

When archaeologists found the site, they discovered layers of bones and tools that went down for 20 feet. The archaeologists have found more than 20,000 buffalo remains thus far. You can visit the open bone pit, even though it is an active archaeological site.

One of the last wooden coal tipples in the West, the Aladdin Coal Tipple dates back to 1898. Here coal was loaded on train cars bound for gold smelters in Lead and Deadwood, South Dakota. The structure is a testament how mining worked in order to win the West. The top housing unit is where coal was loaded and it was sorted on its way down to the train car in nut-sized, egg-sized and larger chunks. Because the structure is unstable, you cannot enter, but there is signage surrounding it to learn more about the area’s coal mining history.

Now it is time for you to hit the road and find a spot you can spend a few hours or a few days … off the grid.

The Safest Bets on the Boardwalk 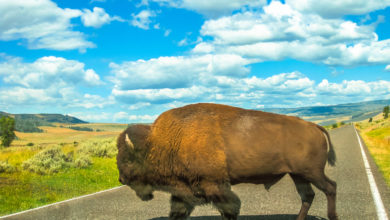 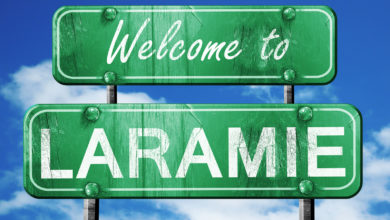 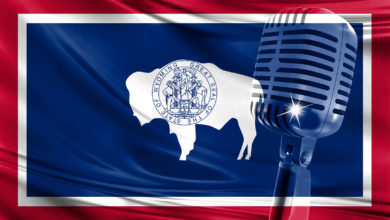