The Tar Heel State is rich in history from the Native Americans to the earliest European settlers up through the present day.  During the Civil War, several conflicts were fought on North Carolina’s soil, and there are many places you can visit today to learn from the past about the Civil War in North Carolina and its impact on the state’s citizens.  Here are 9 of those Civil War Sites you should plan to visit in North Carolina.

The CSS Neuse was one of 26 Confederate Ironclads and was stationed in the Neuse River near Kinston.  This ill-fated ship saw many setbacks during the war that prevented her from seeing any true action.  At the end of the war, as the Confederates were retreating and the Union soldiers following, the Confederates burned the vessel as they left Kinston and the Federals arrived.  There was an explosion during the fire that sank the Neuse.  In the early 1960s, the Neuse was excavated along with several artifacts.  The CSS Neuse now has an enclosed home to protect it from the elements in Kinston, NC.  Here you will find the Neuse housed in the CSS Neuse Civil War Interpretive Center which is operated by North Carolina Historic Sites.  If you visit in the fall you may find the living history program depicting military life during the Civil War in addition to the interpretive displays.

The Battle of New Bern took place on March 14, 1862, and was a pivotal battle for the control of Coastal North Carolina.  Today’s New Bern Civil War Battlefield Park is free to guests and offers a History Walk with 35 interpretive panels to learn about the battle’s historical significance.  The area is preserved for visitors to enjoy its natural beauty as well as the historical importance.  A visit here makes for a great outdoor outing with a bit of history to go with it.

Located in Hamilton, North Carolina, Fort Branch is the site of a Confederate earthwork fort on the Roanoke River.  This fort served to protect the “Lifeline of the Confederacy” which was the railroad from Wilmington, NC, where blockade runners were bringing in goods for the South, running to the Confederate Capital in Richmond.  The 11 cannons here helped keep the railroad bridge over the river at Weldon safe from Union forces.  The site is privately owned, so it is only open certain times of the year.  There are several annual programs here that visitors enjoy including a battle re-enactment the first weekend in November with Living History programs.  A Civil War Christmas celebration and Spring Living History programs are also sometimes part of the schedule.  When you visit (be sure to check their website for open dates) you’ll see the only earthworks fort in the South with original artillery in place, along with Native American artifacts and colonial artifacts.

Fort Macon is a state park in the North Carolina system located on the beach at Atlantic Beach.  This restored Civil War-era fort is an impressive site, and great fun to explore for all ages.  The fort you see today began construction in 1826.  When the war broke out the state of North Carolina seized Fort Macon, but their possession was short-lived as a Union attack in 1862 secured the fort for use by Federal forces throughout the war as a coaling station for Navy ships.  The park offers opportunities to explore the fort, and a coastal education center, as well as enjoying the beach with swimming, fishing and searching for shells.  For history enthusiasts, guided tours and demonstrations of both cannon and musket firings are regular features at Fort Macon.  Due to damage from Hurricane Florence the exhibit rooms are currently closed—check their website to see when they are able to be re-opened.

The Historic Salisbury National Cemetery is a very different type of Civil War site located in the Piedmont town of Salisbury.  During the Civil War, Salisbury was home to a large Confederate prison housing tens of thousands of Federal prisoners of war.  Unlike other Civil War-era cemeteries near battlefields, the Salisbury Cemetery was founded around the mass burial of thousands of those prisoners.  The prison was established in a cotton mill and initially established to house up to 2,500 Confederate soldiers who had committed offenses, but December 1861 saw the first Federal prisoners of war transferred from Richmond.  The prison was able to adequately house and care for the prisoners until the last months of the war, when in October 1864 more than 10,000 prisoners were transferred to the site.  The deplorable conditions coupled with a harsh winter lead to death for thousands.  They were buried in trenches in a cornfield and later the cemetery was established.  The unknown dead are honored with a monument.  There are several notable monuments and grave markers on the hallowed ground, such as a Medal of Honor recipient, and Marshall Sharp, an African American Buffalo Soldier.  The Salisbury National Cemetery is a place of reflection on those who paid the ultimate sacrifice for our country.

Located in the Eastern part of the state in Johnston County, the Bentonville Battlefield marks the spot of a battle fought in the waning days of the war from March 19-21, 1865.  This battle was the last tactical offensive of the Confederacy during the war.  Here the Confederates launched the sole significant attempt against Sherman’s Union Troops as they marched through the Carolinas.

In addition to trails that lead to points of the battle, including period entrenchments, there are interpretive exhibits in the visitors center, and the 1855 Harper House that is furnished as a hospital to interpret battlefield medical care.  Throughout the year you can visit during some interesting special events like symposiums, battle anniversaries, women of war, living history events, and a Christmas event.

Located near Wilmington, the Brunswick Town and Fort Anderson State Historic Site presents the opportunity to tour some well-preserved earthworks fortifications that helped protect the port of Wilmington from the Union Navy, and allowed blockade runners to make it in with much-needed goods.  At the end of the war, troops retreating from the more southern forts of Fort Fisher and Fort Holmes came to Fort Anderson to make another stand against the Federals.  This site is located right on the Cape Fear River providing some beautiful vistas.  In addition to the Civil War history here, Brunswick Town’s ruins remind visitors that this was a thriving colonial port town that began in the 1720s.  The ruins of St. Philips church are an interesting site.  The visitors center includes exhibits on the Civil War history of the lower Cape Fear region, but damage from Hurricane Florence have it temporarily closed.  Check the North Carolina Historic Sites website for updates.

Bennett Place, another site managed by North Carolina Historic Sites, is the site of the surrender of Confederate troops by Confederate General Joseph E. Johnston to Major-General William T. Sherman.  This site in Durham, North Carolina was a quiet farmhouse until April, 1865 when the two generals met under a flag of truce to negotiate the largest troop surrender of the Civil War.  Quite a significant event for such a simple home, the surrender ended the war in North and South Carolina, Georgia and Florida—some nearly 90,000 soldiers.  Today the historic site includes the farmhouse where the surrender took place, some monuments, and an interpretive center with details on the war in this area and the surrender.  Guided tours help guests understand the events that took place here, and special events through the year present multiple opportunities to enjoy the site.

Located at the mouth of the Cape Fear River, Fort Fisher stood as an intimidating fortress guarding the Port of Wilmington, and a lifeline for the Confederates during a coastal blockade by the Union Navy.  Today the site is operated by the North Carolina Historic Sites, which strives to preserve the earthenworks fort that remain as the changing tides and inlets challenge its survival.  The battles that took place here were significant in the Civil War, and the interpretive visitors center offers guests many ways of understanding this through artifacts, dioramas, and battle representations.  Interpretive signs around the fort and guided tours also help see what was there in the 1860s versus today.  Fort Fisher puts on many special events through the year including artillery firings, living history events, and more.  With a fantastic location at the beach, a visit to Fort Fisher can include a visit to the beach as well (and just down the road is the North Carolina Aquarium).

North Carolina’s Civil War sites are many and varied, these 9 represent only a sampling of what you can find as you explore the Tar Heel State. 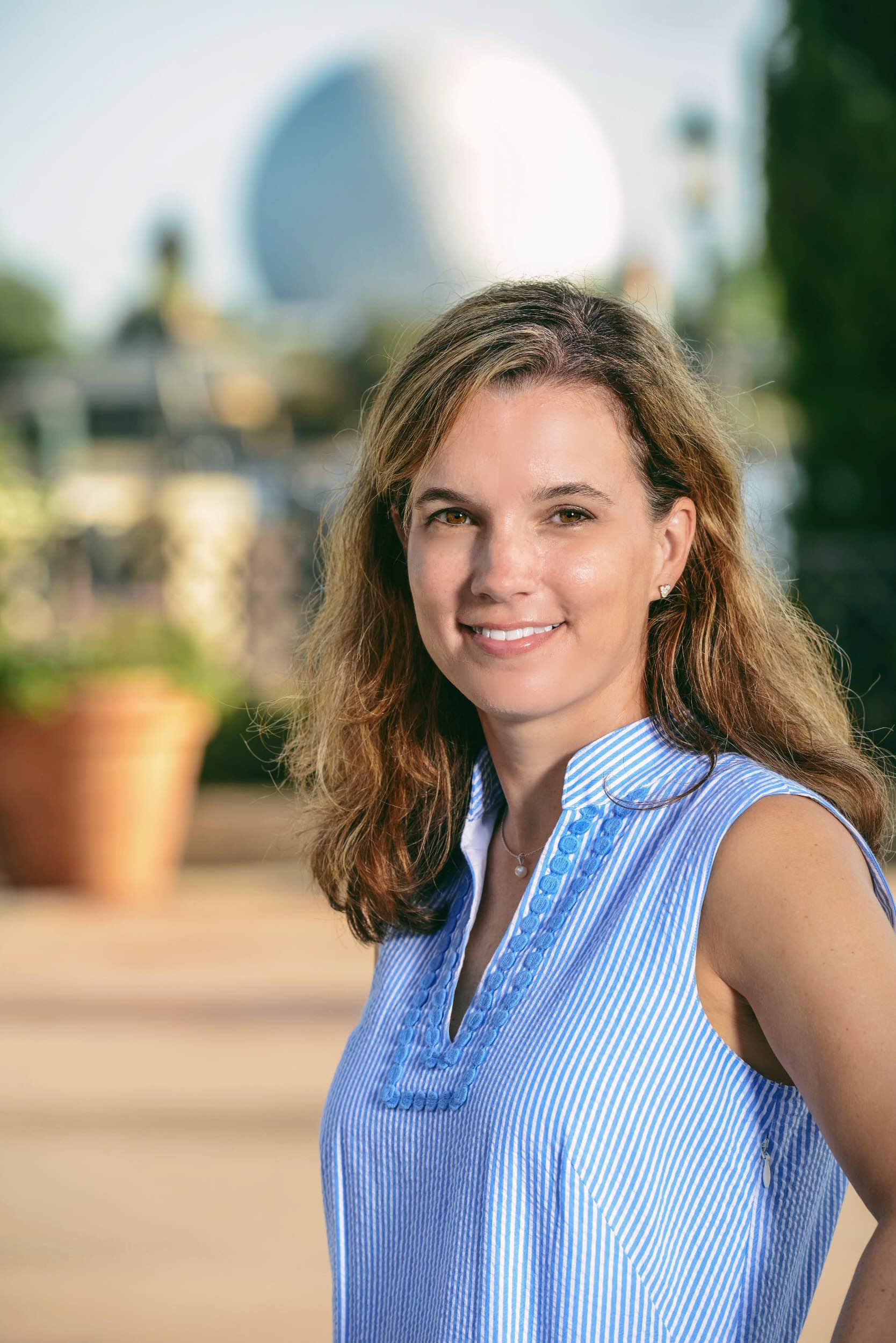 More Than Just Vegas: Stuff You Might Not Know About Nevada 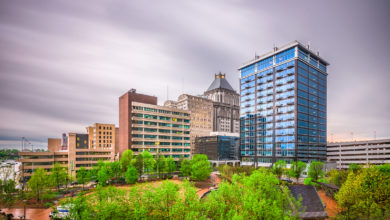 The Perfect Agenda in the Heart of Carolina 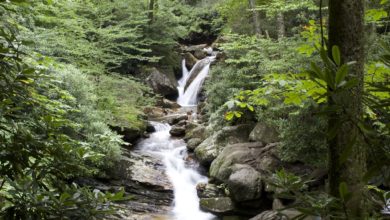 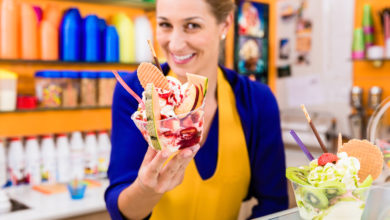 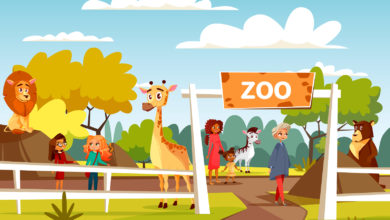 Are You a Zoo Lover? You Won’t Believe How Many Options We Have in NC