The Seven Mile Bridge connects Knights Key (which is part of Marathon, Florida) to Little Duck Key. Currently the length is about 6.8 miles, making it a little bit less than seven miles. It is more than just a bridge, it is an important part of both Florida and United States history. Nothing like it had ever been constructed before, and many people thought that it wasn’t possible. Now the Seven Mile Bridge is not only a scenic drive, it is an interesting chance to take a look into the past. There is more to this roadway than you might think. Make sure you have your camera ready, but only if you’re in the passenger’s seat.

There are actually two Seven Mile Bridges that are side by side. They are referred to by locals as “The Old Seven Mile Bridge” and “The New Seven Mile Bridge”. The new bridge is the one that is currently open to cars, and it connects the Middle Keys to the Lower Keys. The only other way to make the journey would be by boat. Unlike the original, the new bridge is wide, and it isn’t unusual for people to want to pull over and enjoy the view. You can see incredible sunsets from the Seven Mile Bridge, and you will be surrounded by crystal clear water. It is spectacular.

The old bridge has quite a bit of history behind it. It was the vision of Henry Flagler, and he was aided by Clarence Coe. Flagler dreamed of creating a railroad bridge that would connect the Middle and Lower Keys. He was told that it wasn’t possible and that he was crazy, but he decided to go ahead with his vision. He spent about 30 million dollars of his own money and hired approximately 4,000 workers. The work was unlike anything that had been attempted before. Flagler needed to order special underwater concrete from Europe, and he had other supplies delivered from around the country. The workers lived in a village that they built on Pigeon Key.  Work took place from 1908 through 1912. Flagler famously rode in a private railway car across the bridge on January 22, 1912. He died the following year.

Known at the time as Knights Key-Pigeon Key-Moser Channel-Pacet Channel Bridge, at first the structure was a successful railroad bridge. In 1935, everything changed. That was when what is known as the Labor Day Hurricane hit the Florida Keys. Back then they didn’t have the ability to predict storms far in advance, and this destructive hurricane took people by surprise. Winds were up to 185 miles per hour, and there was a 17-foot storm surge. Hundreds of people died. There was damage to the bridge, and the railroad made the choice to not rebuild.

Fortunately, that was not the end of the original Seven Mile Bridge. The United States Government bought it and then repaired it as a roadway. Pieces of the old track were used as guardrails. The drive was given the name The Overseas Highway. It was known for being too narrow and a bit of a harrowing drive. Many people who drove on it describe it as not really being wide enough for two cars to pass in opposite directions.

The Old Seven Mile Bridge was not torn down. Instead, it became a pedestrian bridge, as well as a popular spot to ride bikes and to go fishing. It closed in 2016 because of structural issues and remains closed right now, but it is being restored. There is a $77 million project underway to repair the old bridge. Originally it was expected to reopen in 2017, but that date has been pushed back to 2021. When it reopens there will be new signs, a new pedestrian railing, and more improvements. The structural issues will also have been resolved. The Old Seven Mile Bridge has been called the Eighth Wonder of the World, and it is listed on the National Register of Historic Places.

If you would like to learn more about both the Old and the New Seven Mile Bridges, you need to consider making a trip to Pigeon Key. You will easily forget the rest of the world when you visit this small island. You won’t get there by taking the bridge, instead you’ll arrive by boat. You will pass under both bridges on your way. Once you arrive you can take a tour of the island. There are 11 buildings, and they are where the workers lived when they built the Old Seven Mile Bridge. There is a museum that is filled with artifacts. The island also is a great place to scuba dive once you have finished your tour and history lesson. One interesting fact about Pigeon Key; about 95 percent of its power is solar power.

If you’re planning on driving on the Seven Mile Bridge in April, you might want to double-check the date before you finalize your plans. That is because each April the Seven Mile Bridge Run is held. It is put on by the Marathon Runner’s Club. Only 1,500 runners are allowed, and registration begins in February. It is the only race of this type that is surrounded by water the entire run. The official length is 6.8 miles. The exact date of the run is usually announced in December. That gives the club time to make arrangements with the Florida Department of Transportation. The Seven Mile Bridge Run dates back to 1982, it was originally held for the dedication of the New Seven Mile Bridge.

With So Much to See and Do, Boston is Amazing

Your Favorite New Restaurants in Dallas 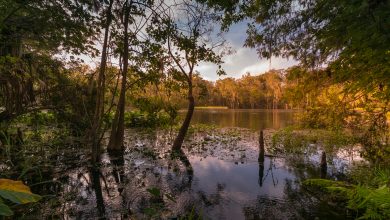 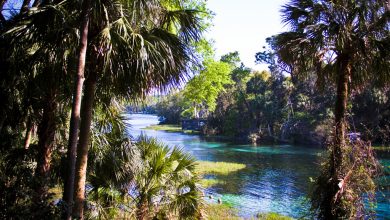 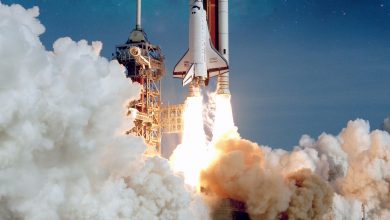