Are you up for a getaway but not sure where to go? Are you looking for something just a little bit different for your next vacation or long weekend? The state of Nevada might not be the first thing that comes to mind, but maybe it should be! The Silver State is home to some spectacular attractions for visitors of all ages. Here are six of them.

Lake Tahoe is the second deepest lake in the United States and the tenth deepest lake on earth. It is a beautiful freshwater alpine lake in the Sierra Nevada that straddles the state line between California and Nevada. It reaches depths of as much as 1,645 feet in some places. Lake Tahoe even has its own monster legend like Nessie in the Loch Ness—the Lake Tahoe Monster. More than 2.7 million people visit Lake Tahoe each year and enjoy hiking, kayaking, canoeing, skiing, camping, swimming, scuba diving, and horseback riding.

The scenic drive around Lake Tahoe is called “The Most Beautiful Drive in America.” It’s a beautiful 72-mile journey around the lake that takes visitors through several points of interest and places to stop and enjoy the activities and the views. Visitors enjoy dining, shopping and paddleboating at Kings Beach Pier and playing their hand at Crystal Bay Casinos. Sand Harbor is home to the Lake Tahoe Shakespeare Festival, and visitors love picnicking on the sandy beaches. At Zephyr Cove, visitors can enjoy sailing cruises and horseback riding.

The famous Las Vegas Strip is a 4.2-mile-long stretch of South Las Vegas Boulevard in Clark County, Nevada, between Sahara Avenue and Russell Road. The Strip is technically south of the Las Vegas city limits in the unincorporated towns of Winchester and Paradise. More than 40 million people visit the strip each year, and while they’re in Vegas—where everything that happens stays right there—they enjoy casinos, resorts, restaurants and entertainment. The first casino, called the Pair-O-Dice Club, opened on the strip in 1931, and the first resort to open was the El Rancho Vegas in 1941.

Interestingly enough, the strip is just over 4 miles long, but there are more than 75,000 miles of neon on the strip! The lights have dimmed a few times over the years in honor of celebrities who have passed away. The lights dimmed in 1977 when Elvis Presley passed, in 1990 to honor Sammy Davis Jr., in 1995 for Dean Martin, in 1996 for George Burns and in 2017 for Don Rickles, among others.

The Stratosphere Tower opened in 1996 and is attached to a hotel and casino located on Las Vegas Boulevard just north of the strip. On February 1, 2019, the hotel combo was renamed the Strat Hotel, Casino and Skypod. The observation deck or tower stands 1,149 feet tall, making it the tallest free-standing tower in the United States. Visitors to the tower can enjoy 360-degree views of Las Vegas, and from the tower, visitors are also eye-level with helicopters in the area. The tower is open 7 days a week. The cost for children starts at $18 and adults’ tickets start at $29.

In addition to the amazing views from the observation deck, the Stratosphere Tower also offers visitors the fun and excitement of four different attractions. The Big Shot blasts you 160 feet into the air, and then lets you freefall back to the launching area. The Insanity attraction is a giant mechanical arm that holds you 90 stories above the ground and then spins you 64 feet over the tower’s edge. The “insanity” comes when you realize you are staring down at the Strip beneath you! The X-Scream catapults you headfirst 27 feet over the tower’s edge and dangles you nearly 11 stories in the air. And the Skyjump is for real thrill junkies, as it allows you to take an open-air leap 829 feet above the strip. You then freefall, reaching speeds of up to 40 miles per hour. Be sure the Skyjump is your thing—jumps start at $120 apiece.

The Hoover Dam is located on the Nevada/Arizona border in the Black Canyon of the Colorado River. Construction on this modern civil engineering marvel began in 1931 and was completed in 1935. It was the largest dam on earth at 726 feet high and 1,244 feet long. It took more than 20,000 workers to complete the project, and more than 100 lives were lost in the process. The dam impounds Lake Mead, which is the largest reservoir in the United States (when it’s full). When it was originally built, it was called Boulder Dam. The name changed to Hoover in 1947 in honor of Herbert Hoover, who at the time was the Secretary of Commerce and had negotiated the Colorado River Compact—years before he became the 31st President.

The dam’s generators provide power for both public and private utilities in Nevada, Arizona, and California. The dam generates 4 billion kilowatt-hours each year, which can serve approximately 1.3 million people.

One million people visit the Hoover Dam each year. Tours of the power plant are available to the public. Ticket prices are $15 for adults ages 17 to 61, $12 for seniors and kids ages 4 to 16 and free for kids ages 3 and under. U. S. Military personnel can enjoy the tour for $12 (with I.D.), and U. S. Military personnel in uniform enjoy free admission. Visitor Center tickets are also available and include admission to the visitor center, exhibits and observation deck. Tickets cost $10 for everyone, except for children ages 3 and under, who enjoy the center at no cost.

Located at the Luxor Resort and Casino, this exhibit that honors the memory and recalls the tragedy of the sinking of the R.M.S. Titanic in 1912 covers over 25,000 square feet and includes more than 250 authentic artifacts recovered from the wreck site of the prestigious liner—2.5 miles under the surface of the Atlantic Ocean.

Those artifacts include whistles that were used on board, floor tiles that were used in the first-class smoking room, luggage, an unopened bottle of champagne from the year 1900 and even a piece of the hull of the Titanic. There are also re-creations of the Grand Staircase and the Promenade Deck.

More than 25 million people have visited this exhibit. Tickets cost around $32 for adults but can vary based on the day and date on which you choose to experience the exhibit. For more information on this fascinating spectacle, visit https://www.luxor.com/en/entertainment/titanic.html.

This museum is located in Virginia City, Nevada. The building is actually an old four-story schoolhouse that was constructed in 1876. It was originally built to commemorate the United States’ centennial. The schoolhouse accommodated more than 1,000 students from grades one through twelve, and at its time, it was considered a state-of-the-art building because it had heating, ventilation and sanitation systems. Sadly, its doors closed in 1936 because the population of Virginia City was dwindling.

It stood abandoned until 1986 when it reopened as a museum by the Nevada Humanities Committee. It is open daily from May 1 through October 31. General admission prices are $6 for adults ages 17 and up, $3 for kids ages 6 to 16 and free for kids ages 5 and under. Group tour rates are the same as general admission. For more information about this fascinating old building, visit www.fourthwardschool.org.

The Coolest Sights in the Lone Star State 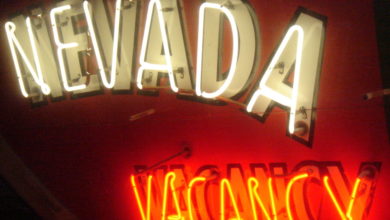 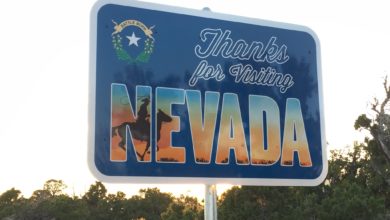 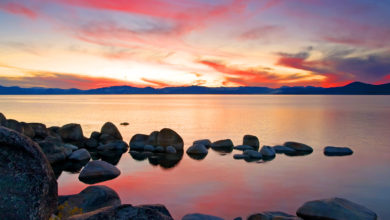