Illinois is a wonderful state to travel through thanks to its perfect combination of urban centers including Chicago and natural beauty such as Lake Michigan and prairie lands. This array of different environments and regions of Illinois has resulted in a very unique and interesting history and culture across the state that is celebrated in many different ways. There are countless museums in Illinois that celebrate everything from art and literature to currency and former Presidents. While there are plenty of wonderful museums to enjoy in Illinois, these are the ones that can’t be missed on ay travels!

The Art Institute of Chicago

It comes as no surprise that many museums are found in the urban city of Chicago, including a wonderful location that features a wide array of artwork. Founded in 1879, The Art Institute of Chicago began as a museum and school of fine arts and ultimately opened the doors to its current location in 1893.

Continuing to grow over the years, the museum saw the addition of a research library in 1901 and the Modern Wing in 2009, resulting in a collection of over three hundred thousand works. Travelers who visit The Art Institute of Chicago can check out ongoing exhibits such as The New Contemporary, A New View of African Art, and The Deering Family Galleries of Medieval and Renaissance Art, Arms, and Armor in addition to temporary exhibits such as Andy Warhol – From A to B and Back Again, The Impressionist Pastel, and Weaving Beyond the Bauhaus.

Another amazing museum in Chicago that cannot be missed began at the 1893 World’s Columbian Exposition with sixty-five thousand exhibits. The experience proved to be so popular that the Field Columbian Museum was first opened in 1984 and the Field Museum that visitors can enjoy today officially opened at its current location in 1921.

Continuing to grow over the years, the current collection at the Field Museum boasts over forty million artifacts and specimens with the overall mission of educating and ensuring that the planet continues to grow and thrive for years to come. Visitors to the Field Museum can check out permanent exhibitions including the Griffin Halls of Evolving Planet & SUE the T. Rex, D-Day Warriors: American Indians in the Military, Brewing Up Chicago, Inside Ancient Egypt, Grainger Hall of Gems, and Regenstein Halls of the Pacific. In addition to the permanent exhibitions, special tickets can be purchased to enjoy experiences such as the Underground Adventure, Fantastic Bug Encounters, and Egypt 3D: Secrets of the Mummies.

One of the most influential figures to be associated with Illinois is President Abraham Lincoln and it is fitting that the library and museum in his name are located in the city of Springfield. Funding and conceptualization for the Abraham Lincoln Presidential Library and Museum began in 1990 with groundbreaking occurring in 2001, the Library opening to the public in 2004, and the Museum opening to the public in 2005.

Visitors to the museum can check out lifelike figures of members of the Lincoln family in the Plaza as well as exhibits including The Treasures Gallery, Illinois Gallery, and Mr. Lincoln’s Attic. The Union Theater at the museum screens “Lincoln’s Eyes” which tells of the emotion and story behind the President’s eyes and the technologically advanced Ghosts of the Library uses special holograms to share the importance of the museum in sharing Lincoln’s story as well as the history of Illinois. The Abraham Lincoln Presidential Library and Museum is a wonderful location to enjoy to better understand one of the nation’s most popular Presidents as well as the history of the state.

Travelers with small children should make a point of visiting the city of Rockford, Illinois to enjoy a wonderful museum that focuses on learning and educating through hands-on and entertaining experiences. The Discovery Center Museum first opened in 1981 and initially operated mainly for school field trips before opening to the public.

Steadily gaining popularity, the Discovery Center Museum has continued to grow to its current three hundred exhibits as well as classes for a range of ages, scout programs, teacher workshops, STEM programs, and more. Visitors to the museum can check out wonderful interactive exhibits including the Power of Electricity, Body Shop, Bubbles, Planetarium, Wild Weather, Simple Machines, Color & Light, and Figure It Out! There are also special exhibits including Discovery Town where children can explore an entire town with locations including the Fire Station, Town Park, Vet Clinic, Pizza Shop, and more.

Visitors to the museum can check out exhibits that display military currency from different wars, showcase how currency is kept in good condition, learn about the origins of the Federal Reserve, and observe what one million dollars in twenty-dollar bills looks like. Interactive exhibits also add a level of fun to a visit to the Money Museum at the Federal Reserve Bank including experiences such as detecting counterfeit notes, creating unique currency, and deciding whether money should be shredded or not.

The history of writing and literature is celebrated at a wonderful museum located in Chicago. The American Writers Museum is a relatively new museum that officially opened to the public in 2017 and aims to celebrate the spoken and written word through various exhibits as well as educate visitors about both past and present American writers. Featuring a combination of both permanent and temporary exhibits, the American Writers Museum is home to experiences such as Bob Dylan: Electric, Tools of the Trade, Palm: Awake in the Darkness, My America: Immigrant and Refugee Writers Today, The Mind of a Writer Gallery, and Capturing Stories: Photographs of Writers by Art Shay. This American Writers Museum is a wonderful way to learn more about the history of American writing and famous authors throughout the years while spending time in Chicago.

Georgia on Your Mind? You'll Find These Spots Amazing 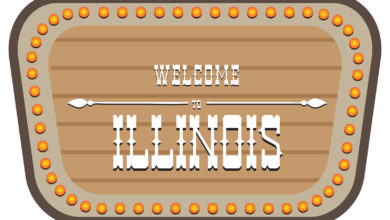 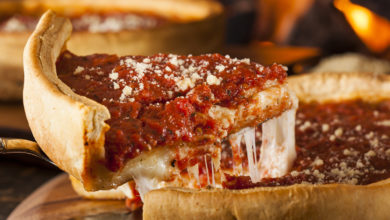