The Commonwealth of Kentucky is home to more than 4.5 million people. Fifty percent of the state’s land is forested, and Kentucky is third in the country when it comes to providing hardwoods. It’s the birthplace of Abraham Lincoln, bluegrass music and Kentucky Fried Chicken and it’s famous for bourbon and the Kentucky Derby. But the state of Kentucky is also known for its many beautiful natural wonders as well. Here are four of them you’ll want to see on your next trip to the Bluegrass State.

Mammoth Cave located near Brownsville, Kentucky, is so named for its massive size, rather than for the prehistoric animal. It was first used more than 4,000 years ago by Kentucky’s first occupants. The entire system includes more than 400 miles of caves—and that’s just the area that has been mapped. The exact depth of the cave is not known. Skeletal remains, mummified remains, pottery, tools and other remnants have been found in the cave, but only about 20 miles into the system, suggesting dwellers only lived in a very small part of the sprawling cave system.

Mammoth Cave has various formations throughout its expansive system, each varying in height, length and appearance. Some of its most popular formations are the Drapery Room, the Snowball Room and Frozen Niagara, which resembles Niagara Falls if it were in its frozen state. It’s considered one of the Seven Natural Wonders of the United States, along with Crater Lake, Niagara Falls and Old Faithful. It’s the longest known cave system on earth.

Tourism in the cave began as early as 1816, and in 1850, slaves began leading tours into the caves. Today, Mammoth Cave is the second largest tourist attraction in the United States after Niagara Falls. During the summer months, the cave hosts between 5,000 and 7,000 visitors daily. Mammoth Cave National Park was established in July 1941. More than 2 million people visit the national park annually. For more information about the park, visit www.nps.gov/maca.

Natural Bridge is a natural sandstone arch that spans 78 feet and is 65 feet high. Scientists say a natural weathering process formed the arch millions of years ago. The bridge is the centerpiece of Natural Bridge State Resort Pak near Stanton, Kentucky. The park is located along the Red River, adjacent to the Red River Gorge Geological Area and is surrounded by the Daniel Boone National Forest. The state park encompasses some 2,300 acres—1,200 of which are part of a nature preserve dedicated by the Office of Kentucky Nature Preserves.

Natural Bridge State Resort Park has several unique sandstone rock formations, including Balanced Rock—a huge block of sandstone balanced on the edge of a cliff near the natural bridge. It’s one of the biggest examples of a pedestal rock—a single piece of sandstone that has been eroded or weathered in such a way that its midsection is more narrow than its base—east of the Rocky Mountains.

Land Between the Lakes

In the northwest corner of middle Tennessee and western Kentucky, the Tennessee and Cumberland Rivers flow quite close to each other. The two are separated by a narrow, low ridge. Since the 1830s, that area of land has been known as “Between the Rivers.” In the 1960s, after the Cumberland River was impounded and a canal was constructed between the two bodies of water, Land Between the Lakes became the largest inland peninsula located within the United States.

Land Between the Lakes National Recreation Area was so designated by President John F. Kennedy in 1963 and the peninsula on which it is located is surrounded by the largest body of water between the Great Lakes and the Gulf of Mexico. Its 170,000 acres include more than 340 square miles of water to enjoy and the 700-acre Elk and Bison Prairie. Visitors to the Recreation Area can enjoy hiking, camping, fishing, boating, horseback riding and more. To plan your visit to Land Between the Lakes, visit www.landbetweenthelakes.com.

The site of the falls has been in the possession of multiple owners until it was eventually donated along with the surrounding land to the state of Kentucky in 1930. One of the things that makes the falls so beautiful is the recurrence of a moonbow that can be seen over the falls. In fact, Cumberland Falls is the only site in the western hemisphere where a moonbow is regularly visible. During clear nights with full moons, a lunar rainbow, also called a moonbow, sometimes forms over the water. This is the only place in our hemisphere where they are known to appear with regularity.

Cumberland Falls is the second-largest waterfall east of the Rocky Mountains and the largest waterfall in the eastern United States, when measured by water volume, south of Niagara Falls, and is certainly one of the most beautiful natural wonders in the Rock-Ribbed State.

Check Out all the Art, History and Knowledge in New Hampshire

These Awesome Locations in Oregon Will Change Your Life 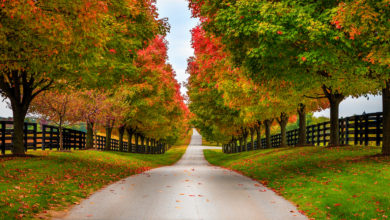 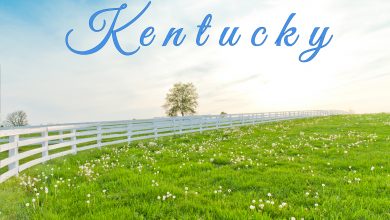