The July Fourth holiday is a uniquely American tradition celebrating the date in our nation’s history when the founding fathers formally declared our independence from Great Britain.  In the nearly 250 years since this momentous occasion, the mid-summer holiday has come to be marked with patriotic fireworks displays that symbolize bombs bursting in air and remind us of a time when a collection of colonies united to form a nation.  The following are some of the capital area’s most stirring displays.

For those who choose to celebrate their Fourth of July holiday at The National Mall, they will find no shortage of activities on this most patriotic of days.  America’s National Independence Day Parade wends its way through the Capitol in a two-plus hour procession that includes marching bands, festive floats, and assorted VIP appearances while the Smithsonian Folklife Festival celebrates various global traditions through musical and performance art pieces.

As nightfall nears, the Capitol Fourth concert – which is also broadcast live on national television – treats the audience to an aural arrangement of patriotic music performed by popular artists with the accompaniment of the National Symphony Orchestra.  The highlight of the evening, however, is the fireworks show, which launches from the Lincoln Memorial Reflecting Pool and can be viewed from many of the surrounding attractions and public spaces, including the Jefferson Memorial, various rooftop viewing parties, and even a Potomac River cruise.

This Independence Day extravaganza takes place at Baltimore’s Inner Harbor, culminating in an 18-minute fireworks show set to an inspiring, All-American score.  Some of the best areas for viewing this dazzling display include Canton, Federal Hill, and Harbor East.  But before the booming begins, visitors are encouraged to check out some of the other activities offered around town.  In the past, this has included events such as Art on the Waterfront – a reception which features exhibitions of local artists and Baltimore-based musicians – and a bayside volleyball tournament hosted by Baltimore Beach Volleyball.

Historic Ships invites visitors aboard the historic USS Constellation for a deck party that offers a bounty of all-you-can-eat dining and refreshments in addition to a seaside seat for the fireworks.  Picnic at the Top provides another unique experience with panoramic views of the surrounding city skyline and harbor at Top of the World Observation Level, which is located on the 27th floor of the World Trade Center.

The July Fourth holiday in Colonial Williamsburg kicks off with a public reading of the Declaration of Independence, which serves as a reminder to those in attendance of the principles on which this nation was founded.  And while the holiday may not be about barbecues and revelry, visitors to this historic hamlet will find each of those in abundance as well on this day.

From home-packed picnics to in-demand dining at local eateries such as Pierce’s Pitt Bar-B-Que or The Williamsburg Lodge, there is something for everybody to enjoy in between the day’s festivities – which include instrumental performances and activities at the Art Museums of Colonial Williamsburg.  The fireworks show, which traditionally begins around 9:20 pm, features bombs bursting in air beyond the Governor’s Palace, providing a stunning visual as the pyrotechnics illuminate the regal estate from the night’s sky.

Annapolis Harbor serves as the seaside site of this port city’s patriotic fireworks festivities.  Located just off Chesapeake Bay – in the shadows of the United States Naval Academy – visitors looking to get in on the Independence Day celebration may do so from City Dock or the Eastport area, which stand on opposite sides of the Spa Creek waterway and are accessible by bridge or water taxi.

Eastport is home to “Restaurant Row” in what is considered to be a mellow maritime district, while City Dock remains the heart of the harbor and home to the Fourth of July parade, which runs down Main Street.  The evening’s fireworks display (usually scheduled for around 9:15 pm) is launched from a barge in the bay, with some of the best viewing areas being nearby parks, the Naval Academy Bridge, and areas northeast of the Severn River.  Whether bayside or aboard a boat, this illuminating spectacle is not to be missed.

The Alexandria Fourth of July festivities are unique, in that they are both a celebration of the birth of our nation as well as the founding of this historic colonial-era settlement, which actually occurred 27 years prior to the signing of the Declaration of Independence.  The USA/Alexandria Birthday Celebration marks the occasion through a string of events and activities, which in the past have included musical performances, poetry readings, and a birthday cake-cutting ceremony.  The Grand Finale Fireworks Display not only includes aerial pyrotechnics set to Tchaikovsky’s “1812 Overture”, but also a cannon salute performed by the Presidential Salute Battery of the 3rd United States Infantry Regiment.  Popular viewing spots include Oronoco Bay Park, which features lawn seating and vendors offering refreshments such as hot dogs, snow cones, and kettle corn.

What better backdrop for a patriotic fireworks display celebrating America’s independence than the estate of its very first commander in chief?  George Washington’s Mount Vernon proudly plays host to this annual event by offering a score of accompanying activities to rile up revelers into a festive fervor.  Mansion tours invite visitors inside the nearly 11,000-square foot, 21-room home of one of our nation’s founding fathers, allowing guests to explore everywhere from the front parlor to the second floor bedchamber where Washington succumbed to a throat infection on December 14th, 1799.  The rain or shine Independence Day celebration also includes military re-enactments and a wreath-laying ceremony, as well as the “Red, White, and Blue” concert, performed by the National Concert Band.  Additional activities include bocce ball, dance demonstrations, and exhibitions by era-authentic 18th century ice cream artisans.  Concessions are offered at the Mount Vernon Inn Restaurant, and free birthday cake is even handed out to those in attendance (while supplies last).  The holiday also marks one of the few occasions when guests of the estate can visit Washington’s Tomb at night to pay their respects before the fireworks are launched out over the Potomac River. 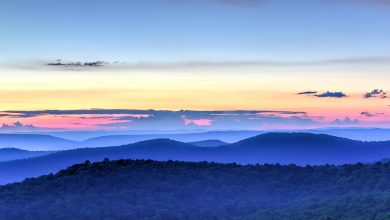 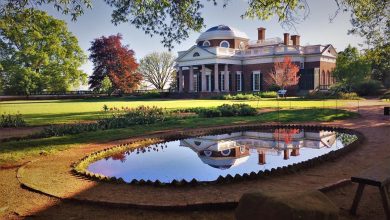 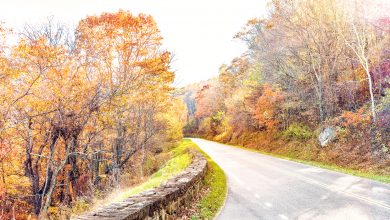 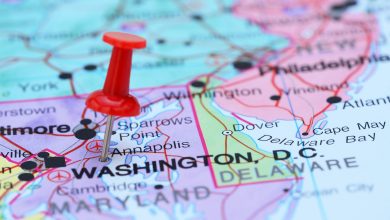