Nothing says road trip more than a journey down the Historic Route 66. Missouri is proud of their Route 66 heritage, so much that they even have an official visitor’s center on Interstate 44. Many properties are still entertaining travelers along the Route. When you are ready to hit the road, you need to check out these historic and fun places on the Mother Road.

One of the most famous stops is located in Cuba. Bob’s Gasoline Alley is an indoor and outdoor collection of gasoline signs and other advertisements. It is one of the largest collections of Route 66 memorabilia in the state, including old gas pumps, antique cars, and quirky statues. You are welcomed to take all the pictures on the outside of the building, or you can visit the Missouri mules, emus, longhorn steers, and llamas that are residents of Gasoline Alley.

If you are looking for a peek at the indoor collection, you will need to schedule an appointment. When you are inside, you can get a glimpse at the vintage neon signs in the form of clocks, tavern signs, and soda advertisements. Bob has a massive collection of miniature diecast toys from the 1950s and 1960s with over 2000 tiny cars… and counting. Some souvenirs are for sale, so you can even take home a piece of vintage Route 66 history.

While you are in Cuba, you must check out the various murals that dot the walls throughout the city. Cuba is often called “Route 66 Mural City.” Once you are in town, stop by the Chamber of Commerce for a walking tour of the twelve murals and historical plaques. Along with the commissioned murals, you can find paintings inside many of the local restaurants and shops. A stop in Cuba will not be complete without lunch (or dinner) at the Missouri Hick BBQ. This stop is famous for fork-tender barbecue pork and the Old West decor. Looking for a place to sleep for the night? You should book a room at the Wagon Wheel Motel. This iconic location is the longest continuously-running motel on Route 66 with over 80 years of operation.

Built in 2008, the Red Rocker is one of the newest stops on Route 66. This huge rocking chair was a one-time Guinness World Record holder for world’s largest rocking chair. At 42 feet, the rocker still holds the title for the biggest rocker on Route 66. When it first appeared, the rocker actually moved back and forth like a real rocking chair. For safety reasons, the chair was wielded to the metal base. If you want your picture on the top of the chair, the first Saturday of August is known as “Picture on Rocker Day.” It is the only time to get a pic while sitting on the chair.

Gas stations were an essential part of Route 66, and there has been a renewed interest to restore these iconic buildings. Gary’s Gay Parita is a recreation of a 1930s-era Sinclair gas station. Unfortunately, the original building burned down in the 1950s. Gary Turner wanted to rebuild the structure and open it up for visitors along the Route. He sold sodas and dazzled visitors with his stories. In 2015, Gary passed away, but now his daughter and son-in-law care for the building. You can explore the replica station with the restored (and original) gas pumps. The station is filled with gasoline memorabilia and other replicas from Route 66’s heyday.

Did you know that Lebanon objected to a “Route 66” traveling through their towns? The town leaders thought “Route 60” was more appropriate since it was a round number. The historic Route only traveled through Lebanon for 32 years, but that didn’t stop the town from opening up their own museum. You can visit the museum located in the town’s library. When you are inside, walk through the recreated indoor gas station and visit the vintage cars. Like most Route 66 stops, there are plenty of restored gas pumps with an authentic guard rail and salt and pepper shakers from Missouri’s Route 66 restaurants. If you want to brush up on some Mother Road history, you can grab a book or map from the library and browse as you relax in the chairs with Route 66 upholstery.

The Boots Court Motel opened in 1939 and served many travelers as they headed west to California. At the time, there was even a filling station in front of the property, so visitors didn’t have to go far to fill up their vehicles. When Boots opened, they advertised “a radio in every room and covered carport.” Over the years, the motel fell into disrepair until 2011.

The new owners restored the motel to its original look, and you can still book a room at this spot. Each room has been restored to its original decor and includes a radio that plays authentic 1940s music. If you stop by during the evening, take a look at the restored neon signs that continue to welcome guests to the property.

Meramec Caverns has been one of the most visited caves in the entire state, and it is one of the most popular spots on Route 66. Alongside the road, you can often see advertisements for the caverns.

According to legend, Jesse James used the caves as one of his hideouts from the law. You can tour the caves throughout the year and see the 4.6 miles of caverns beneath the ground. There are plenty of other attractions on-site, including a candy shop, campground, and zip-line experience.

If you want to get your kicks on Route 66, there is no better place than Missouri. With these stops, you can see the history and excitement that still burns bright along the well-traveled roads of Missouri’s Route 66. 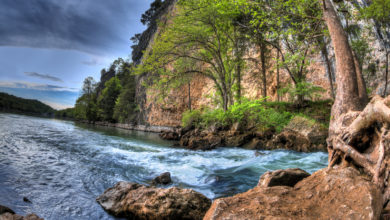 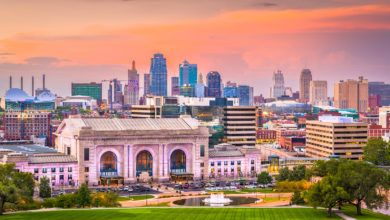 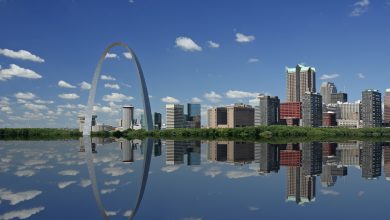