Its plentiful deposits of precious minerals – which includes gold, silver, and copper – has helped Montana earn the nickname of the “Treasure State”.  However, these lesser-known commodities provide just as enriching an experience.

This outcropping of rocks near Butte is uniquely melodic, due to the composition of the minerals and the natural arrangement of the igneous instruments.  The inner workings of this tor (or pile of rocks) is comprised of quartz-bearing rock, while the outside is composed of two very different forms of rock; one that is heavily resistant to weathering and one that erodes quite easily.  It is believed that this combination of rocks and the internal stresses put upon them by nature helps result in the metallic-like sound produced whenever they are struck by a similarly dense object, such as a hammer or wrench.  Interestingly enough, the boulders will continue to ring if removed from the pile, though at this point the majority of the more portable stones have been appropriated as souvenirs.

Back in 1962, when tiki bars were all the rage, this Polynesian-themed lounge opened its doors at the O’Haire Motor Inn in Great Falls.  Most of its counterparts have largely fallen to the wayside as the fad has faded, but this eclectic underground bar is still going strong.  This is due, in no small part, to a brilliant idea hatched by one-time general manager Sandra Johnson-Thares, who decided to introduce mermaids to the inn’s swimming pool, which can be viewed through the windows behind the bar.  The mermaids (and occasionally mermen) appear five nights a week, much to the delight of visiting patrons.  It is a definite oddity that has turned this fun watering hole into a must-see destination in Montana.  The pool is also open to guests of the motel, many of whom have been known to indulge their underwater exhibitionist by drifting beneath the surface to entertain visitors with an array of underwater antics.

Built on the site formerly occupied by Margret Theatre, the Washoe Theatre in Anaconda opened in 1936 (after a 5-year delay caused by the Great Depression) and is the last theatre in the country to be constructed in the lavish art deco style.  Its opulent interior features murals throughout, as well as ornate golden accents, vibrant, cascading silk curtains, and carved rams heads.  It is considered by the Smithsonian to be a national treasure, with the building’s architecture held in such high esteem that it was added to the National Register of Historic Places in 1982.  The theatre remains in operation to this day, some 83 years after its debut, showcasing a new film each week and now featuring upgraded digital projection with 3D capabilities.  The space has also been utilized for Christmas pageants and other staged productions.

From a site revered by the Smithsonian, we travel to a site often referred to as the “Smithsonian of the West”.  Founded in 1981 by Gil and Joanne Mangels, this non-profit’s mission is to celebrate and preserve artifacts that chart the evolution of America through one of the largest collections of its kind.

Some of the more than 300,000 historically-relevant materials include military vehicles, Native American artifacts, and even UFOs.  The museum is a visual feast, with wall-to-wall treasures ranging from phonographs and record players to antique toys and old-fashioned kitchen accompaniments.  The entire complex includes several buildings, as well as many outdoor displays that feature larger items, such as helicopters and retired carnival rides.

Guests visiting the National Bison Range near Missoula may first want to make a stop at the visitor’s center (open during the summer months), where they can view exhibits, learn more about the history of the area, and get the scoop on the latest wildlife sightings on the refuge.  Best viewed from the comfort of your own car, the range offers several routes through the 18,000-acre park, the shortest of which being the one mile West Loop adjacent to the visitor’s center.  More scenic routes include Prairie Drive – a 14-mile gravel road that provides access to Mission Creek and Alexander Basin – and the 19-mile Red Sleep Mountain Drive that gradually gains 2,000 feet in elevation and upon which guests can often spy bighorn sheep.  Other animals that can be seen making themselves at home on the range include white-tail deer, pronghorn antelope, and (of course) bison.

Believed to be the oldest museum of its kind, this Bozeman institution celebrates the history and evolution of computing and robotics.  Founded in 1990 and dedicated to the information age, the museum charts advancements in communications dating as far back as 4,000 years.  At that time, the only tablets around were the kind that conveyed commandments.  Featured exhibits document the foundation of Apple, Inc. and the inception of the internet, as well as focus on the influences of women in science and technology.   Brains and Thinking Machines turns an eye toward automation and artificial intelligence, while The Enigma Code shines a light on the allied cryptanalysts who used the machine to intercept enemy correspondence during WWII.  Other artifacts that can be found on display range from a replica Antikythera mechanism – which were used in ancient Greece to chart astronomical positions as far back as 100 BC – to the Minuteman 1 Missile Guidance Computer that remains in use to this day and can be used to deploy nuclear missiles housed in silos all throughout the country.

Located on the Flathead Indian Reservation in Arlee, the crowning feature of this unique 10-acre spiritual site is a 750-square foot monument that features one thousand Buddhist idols.  Founded by Gochen Tulku Sang-ngag Rinpoche in the year 2000, the attraction is accessible for free to the public with the hopes of inspiring the spread of Eastern philosophies such as compassion, joy, and wisdom.  In addition to the concrete statues, the site also boasts a vibrant, 24-foot likeness of Yum Chenmo, a deity symbolizing the mother of all Buddhas. 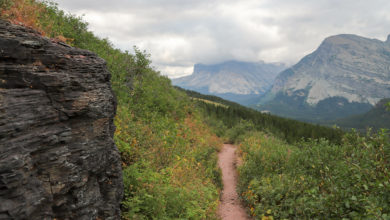 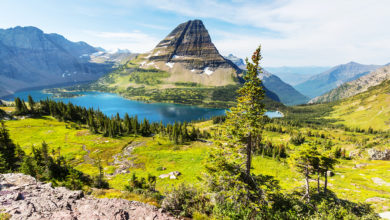 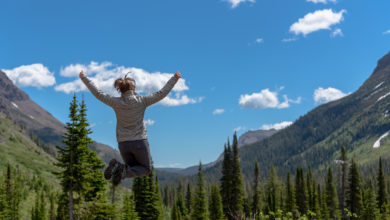 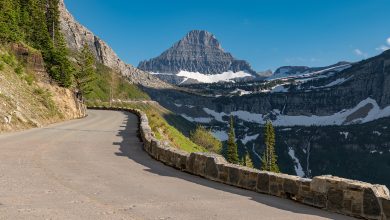