The state of Pennsylvania is filled with both history and culture thanks to cities like Philadelphia, Civil War battlegrounds and monuments, natural wonders including the shores of Lake Erie, and much more making it a wonderful place to travel.

While there are plenty of amazing locations to explore in Pennsylvania, the city of Pittsburgh is a must-do for travelers with a rich history in steel, bridges, academia, and more. With so much to enjoy in Pittsburgh, it is no wonder that there are plenty of museums in the city that celebrate art, natural history, trolleys, and much more. While there are many museums to explore, these are the best ones to visit while spending time traveling through Pittsburgh, Pennsylvania!

An amazing museum to visit in Pittsburgh that celebrates contemporary art was first founded in 1896 and has continued to grow over the years. The Carnegie Museum of Art was the first museum of contemporary art in the country and currently features more than thirty thousand works in its collection ranging from visual arts and film to photographs, sculpture, and more.

The museum is home to several exhibits that are both permanent and temporary including A Delight for the Senses: The Still Life, Lina Bo Bardi Draws, Margaret Honda, A Pittsburgh Anthology, Iconic: The Photographs of Charles “Teenie” Harris, Crossroads: Carnegie Museum of Art’s Collection, 1945 to Now, and Created, Collected, Conserved: The Life Stories of Paintings. Open every day except Tuesday, visitors can check out the exhibits at the Carnegie Museum of Art as well as special programs for children, adults, and teens.

Another museum under the umbrella of the Carnegie Museums of Pittsburgh aims to inspire visitors to learn about the history and future of the natural world through amazing exhibits and experiences. The Carnegie Museum of Natural History first opened in 1895 following Carnegie’s mission of bringing the natural wonders of the world to every individual.

Visitors to the museum can enjoy a wide array of exhibits including National Geographic: 50 Greatest Wildlife Photographs, Bone Hunters’ Quarry, Hillman Hall of Minerals and Gems, Bird Hall, Hall of African Wildlife, Walton Hall of Ancient Egypt, Population Impact, Polar World: Wyckoff Hall of Arctic Life, and Cretaceous Seaway. The Carnegie Museum of Natural History is also home to special events including workshops and a Dinosaur Tour making it a must-do in Pittsburgh!

Transportation enthusiasts and amateurs alike will absolutely love a unique museum in Pittsburgh that focuses on a not often seen vehicle. The Pennsylvania Trolley Museum opened in 1954 and steadily has grown over the years to now feature nearly fifty cars and exhibits that celebrate the rich history that trolleys have had across the country throughout its history.

Visitors to the museum can check out beautifully restored and preserved trolleys from companies including Port Authority Transit, Pittsburgh Railways Company, Boston Elevated Railway Co., New Orleans Public Service Co., West Penn Railways Company, Rio de Janeiro Tramways, Columbus Railway Light & Power, and more. In addition to the trolleys, structures from the street railway era have been constructed, allowing visitors to feel as though they have stepped back in time and are ready to embark on a journey. The Pennsylvania Trolley Museum offers a fascinating look into the history of transportation and how trolleys were both constructed and used over the years.

A wonderful museum in the heart of Pittsburgh combines art, history, and nature and is the legacy of a member of a very famous family. The Frick Pittsburgh was founded by Helen Clay Frick, daughter of Henry Clay Frick, whose legacy lives on through the art collection that she nurtured throughout her life that led to the 1970 opening of the museum.

Focusing on art and artists from the Renaissance through present day, exhibits at The Frick Pittsburgh include Chinese Porcelains from the Collection as well as the extensive Permanent Collection including works by artists such as Gainsborough, Fragonard, Rubens, and more. Featuring a wide array of artwork showcased in a beautiful setting, The Frick Pittsburgh is a wonderful museum to enjoy while exploring the city.

Another one of the four Carnegie Museums in Pittsburgh celebrates the life and legacy of one of the most famous American artists of all time. The Andy Warhol Museum boasts the largest collection of the artist’s works right in his hometown in Pennsylvania.

Officially opened to the public in 1994, The Andy Warhol Museum is housed in a renovated distribution center that originally opened in 1911 and was redesigned by architect Richard Gluckman to span seven floors of exhibition space. The museum is home to many exhibits including The Chelsea Girls Exploded, and Andy Warhol: Revelation in addition to the core collection that is permanently displayed. The Andy Warhol Museum is a must-do experience while spending time in Pittsburgh and is unforgettable thanks to the extensive collection always on display.

Another museum just outside of Pittsburgh pays tribute to the life and legacy of one of the biggest names in entertainment in the heart of his hometown. The Jimmy Stewart Museum is located in the town of Indiana, Pennsylvania and celebrates his accomplishments and private life through exhibits and memorabilia from over the years. Located on the third floor of the Indiana Public Library, the museum features an audio tour that narrates items and special exhibits including one that showcases the Stewart family home at 918 North Roxbury Dive in Beverly Hills, California. The Jimmy Stewart Museum is also home to a theater which frequently hosts screenings of his films including Magic Town and You Can’t Take It With You.” This small museum is wonderful opportunity to take and in-depth look at one of the most influential forces in the history of entertainment while also experiencing the charm and small towns just outside of metropolitan Pittsburgh.

Digging Into the Land of Enchantment 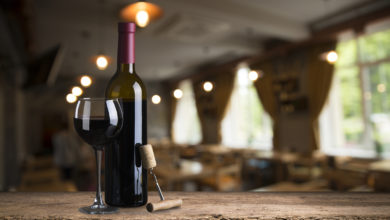 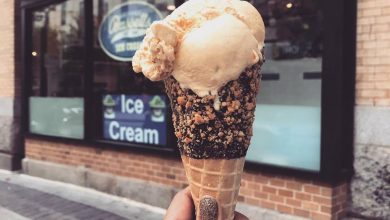 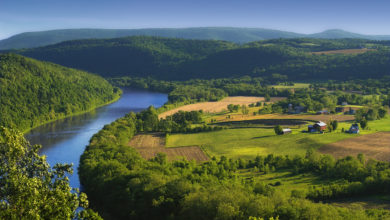