One of the most popular places to visit when spending time in Tennessee is the bustling town of Nashville situated along the Cumberland River. While many people automatically think of Nashville as the home of country music with legendary venues like the Grand Ole Opry, the city has a long and rich history that began in the late seventeen hundreds. Named after the American Revolutionary War hero Francis Nash, Nashville’s optimal location on a major river made it an integral part of trade, the Civil War, and the political struggles of the 1960s. With such a long history, it is no surprise that Nashville is home to many historical sites that offer guests the chance to learn about the history of the state and its relationship with greater historical moments in time. From homesteads to museums and even distilleries, there are plenty of locations to learn about history why enjoying time in Nashville, Tennessee.

One of the most popular historical sites to visit in Nashville is the home of one of the Presidents of the United States. Andrew Jackson’s Hermitage allows guests to tour his home and farm and learn about the life and legacy of an American hero. In addition to exploring the grounds and farm, guests can enjoy an interpreter-led tour of the mansion, self-guided audio tour of the gardens and other buildings, and a self-guided tour of what used to be the Hermitage Plantation. The museum portion of the tour features the exhibits Andrew Jackson: Born for a Storm and First Hermitage: Worlds Apart, Side by Side, both filled with information about Jackson’s life and legacy. Andrew Jackson’s Hermitage is open year-round and also hosts special events like The Legend of Sleepy Hollow with Washington Irving and the Annual Fall Fest at the Hermitage.

Nashville was an area deeply involved in the Civil War, and one historical site allows guests to learn more about the tumultuous time in American history. Fort Negley was constructed during the war and was the largest inland stone fortification built at the time. The location’s size and artillery prevented Confederate attacks throughout the war and was integral in the Battle of Nashville in 1864 when General Hood was warded off. After the war, Fort Negley fell into disrepair but was reconstructed by the city of Nashville in 1936. After experiencing another brief period of closure, the fort was reopened to the public in 2004 and those who visit can now explore the grounds as well as the exhibits and videos in the Visitors Center which share the rich history of the location.

Since Nashville is the home of country music, it is only fitting that the city is also home to the Country Music Hall of Fame and Museum. The family-friendly location shares the history of country music through multimodal experiences and is also home to many exhibits that allow guests to learn more about the genre and some of its most beloved artists. Some current exhibits include Sing Me Back Home, Shania Twain: Rock This, The Judds: Dream Chasers, and Ralph Stanley: Voice From on High. Museum visitors can also relax at 222 Eatery and enjoy a meal before exploring the Museum Store and Hatch Show Print Store. For a special additional experience, visitors can sign up for the Studio B Experience which brings them on a special tour of Elvis’ Favorite Studio.

One of the most popular tourist destinations in Nashville brings the story of a whiskey master’s life and legacy to light. The Jack Daniel’s Distillery’s history began in 1864 when Jack Daniel left home and began to learn the art of whiskey making from a preacher and an enslaved man. Two short years later, Jack Daniel established the distillery, making it the very first registered distillery in the country. Those who visit the distillery today can enjoy an array of tours including the Dry County Tour which offers a behind-the-scenes look at the whiskey-making process. For guests who are looking to sample some of Jack Daniel’s famous whiskey, there is the Flight of Jack Daniel’s Tour which offers the same glimpse into production paired with a flight of five Jack Daniel’s products to taste.

The heart of downtown Nashville is the perfect location for a museum that celebrates the life and legacy of one of country music’s greatest stars. The Johnny Cash Museum features the largest collection of memorabilia and items owned by Cash in the world and offers visitors the chance to learn about his life and how his music was shaped by his experiences. Featuring cultural items and rare personal possessions, the Johnny Cash Museum offers up an enthralling look into the man in black who helped to shape what the country music industry is today.

Those who are interested in learning more about the diverse and rich history of Tennessee have the perfect opportunity at a museum that is reopening in a brand new location in the fall of 2018. The Tennessee State Museum’s history began when Ralph E. W. Earl opened a museum in a public square in Nashville that featured a life-size painting of Andrew Jackson. Throughout the years, the museum has grown in size and popularity and its brand new location will be home to many exhibits that explore the different facets of Tennessee’s history.

The Greatest BBQ in Texas? Let the Debate Begin! 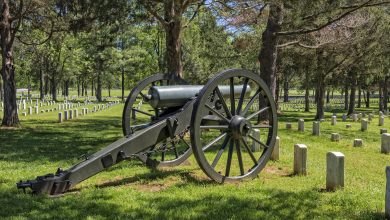 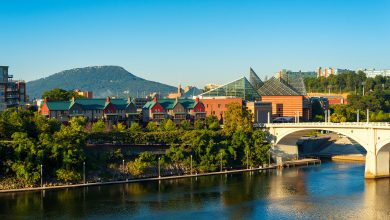