New Mexico was the 47th state to join the union in 1912. There are more than 2 million people that make their home in the Land of Enchantment—a place where almost 75% of the roadways are unpaved, where there are more cows than humans and where the question of the day is “green or red?” (chilies, that is.) Here are a few more things about New Mexico that you might not have known.

It’s home to the Hot Air Balloon Capital of the country.

Every October, more than 500 hot air balloons take to the air during the Albuquerque International Balloon Fiesta. The annual event began in 1972 and has grown every year since then. Balloon pilots like autumn in Albuquerque because of the predictable wind patterns that begin as the season approaches. Those wind patterns make it possible for the balloons to fly at low elevations and then return south at higher elevations. The annual fiesta has earned Albuquerque the title of Hot Air Balloon Capital of the U.S.

The Presidential election of 2000 was almost a tie.

In the fall of 2000, while the country was focused on Florida’s results of the election between George W. Bush and Al Gore, very few may have known that the election results in the state of New Mexico were far closer than the ones in the Sunshine State. There was a difference of only 366 votes between the two candidates!

Smokey the Bear was born here.

Smokey the Bear was created during World War II in an effort to educate the public about the dangers of wildfires and to remind them that “only {they} can prevent forest fires.” The live mascot was a black bear cub that was found by firefighters during the 1950 Capitan Gap fire. The bear lived at the National Zoo in Washington, D.C. until his death in 1976.

It’s a birthplace of celebrities.

Denver has nothing on Santa Fe.

Denver, Colorado, is billed the “Mile High City,” and while New Mexicans agree that it’s pretty cool that Denver stands exactly 5,280 feet above sea level—or one mile—they also think New Mexico’s claim to fame is pretty special too. At 7,199 feet above sea level, the city of Santa Fe, New Mexico, is the highest capital city in the country. And by the way, it was founded 10 years before the Pilgrims arrived at Plymouth Rock.

New Mexico has some strange laws.

No matter what you’ve heard, you don’t want to get caught simultaneously dancing and wearing your sombrero while on New Mexico soil. Doing so is illegal. Also, idiots need not move to New Mexico, expecting to register and vote in an election. That’s because the law is clear that idiots are not permitted to vote in New Mexico. What’s unclear in the legislation is what deems someone an idiot or non-idiot. Perhaps it’s subjective.

There are some massive holes in the ground.

You can stand on top of the world. Well, sort of.

At Capulin Volcano National Monument in the northeastern corner of New Mexico, you can drive to the top of the extinct cinder cone volcano, and from there, you can see into four other states—Colorado, Kansas, Oklahoma, and Texas. 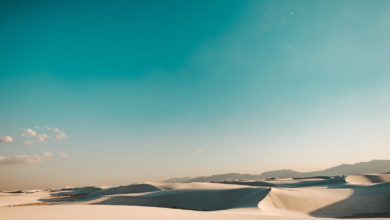 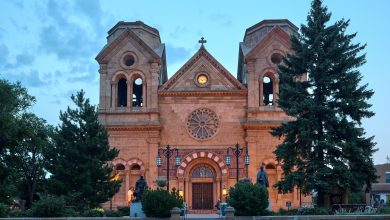 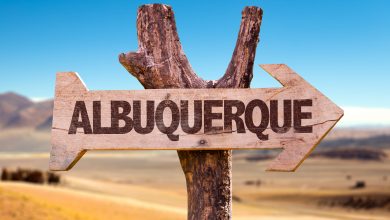